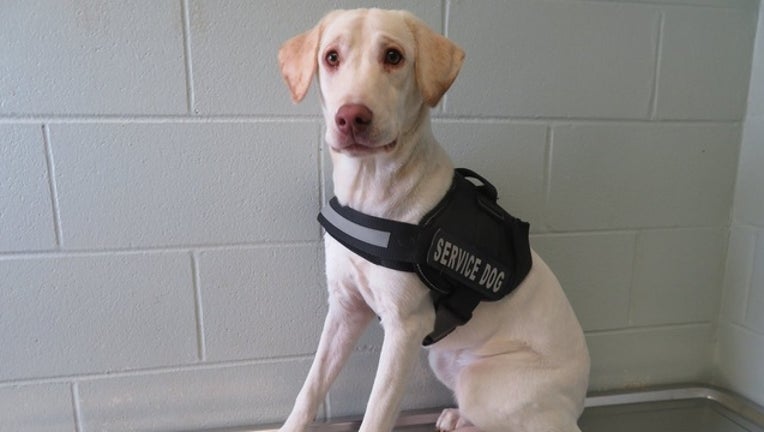 TUSCALOOSA, Ala. (AP) - A lost service found has been reunited with her owner.

The Tuscaloosa News reports that the yellow lab named Dixie was reunited with her owner, a military veteran, on Monday morning.

The dog was found wandering near the University of Alabama campus on Friday afternoon. Dixie was wearing her harness that read "Service Dog." The dog spent the weekend at the Tuscaloosa Metro Animal Shelter.

The owner showed a registration card that proved he is Dixie's owner.

Adoption coordinator Tara Freeman told the newspaper that dog and owner were happy to be together again.

"There was a lot of tail-wagging," Freeman said of the dog.

The shelter workers could not discuss details regarding how Dixie and her owner were separated.