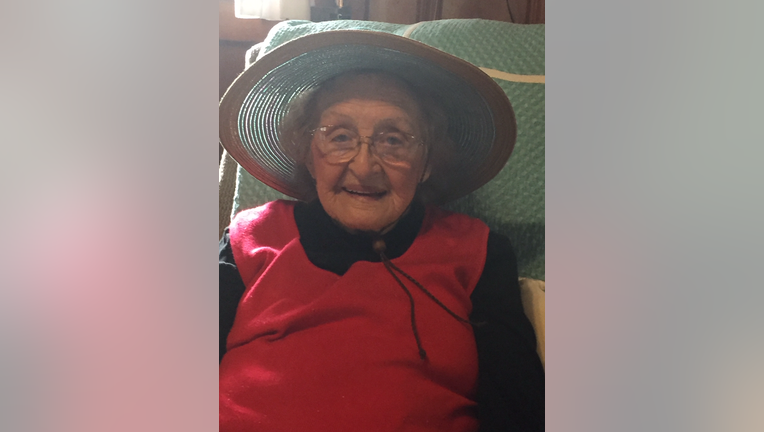 She was born on Feb. 27, 1921, in the Union community in Paulding County. Her family says she remembers at the age of 5, helping her family with various farm chores.

The next year, she started lessons inside a one-room schoolhouse where she would be taught until the sixth grade when she started working at the Fullerville Hosiery Mill in Villa Rica.

At the age of 18, she married her first husband, Clarence Cole, and the newlywed couple moved into the city of Atlanta.

During WWII, she did her part working at a textile mill on Mitchell Street making jeans.

After the war, Bessie turned her attention completely to her three children.

The years progressed and while her nest emptied, her love of children never faded. In 1960, she started working in the nursery at Piedmont Hospital.

Three years later, she moved back to the Union community to help care for her parents.

Her husband Clarence died in 1971 after 32 years of marriage, but she was able to find love again. She married Robert Burt in 1980 and had 26 wonderful years until his passing in 2006.

Bessie still lives in Paulding County and is still active at New Georgia Baptist Church. Her family said she takes no medications and is a great example of how hard work hurts no one.

She believes the secret to her long beautiful life is that you have to keep moving.

Bessie has heard a lot of stories over the years, many from FOX 5 Atlanta. Her family says she bought her first television in the summer of 1949, just months after WAGA-TV when on the air. Despite 71 years passing, she still wakes up and watches every morning.

We wish Bessie a blessed and happy 100th birthday!