A metro Atlanta mom, an Olympic medalist, and a Grammy winner are all joining forces in honor of a young swimmer who made a huge impact during the 14 years of her life.

MARIETTA, Ga. - All you have to do is watch the Olympics right now to see that swimming is a full-body workout and a great way to get in shape.  But it turns out the sport can do more than build muscle and endurance — it can also save lives.

Swim Across America is an annual charity swim that takes place in cities across the country — including Atlanta — with the goal of raising money to fight cancer. Locally, the event has taken place since 2013 and has raised more than $2 million for Aflac Cancer & Blood Disorders Center of Children's Healthcare of Atlanta.

The event is open to swimmers of all ages and abilities and features a half-mile swim, a one-mile swim, a 5K, and something called SAA My Way, which is a virtual way to participate.

Local swimmer Vicki Bunke will be there at the Atlanta Open Water Swim — it’s one of more than a dozen open water events in which she’s participating this year. Bunke’s daughter, Grace, passed away on March 25, 2018 after living with osteosarcoma for four years. 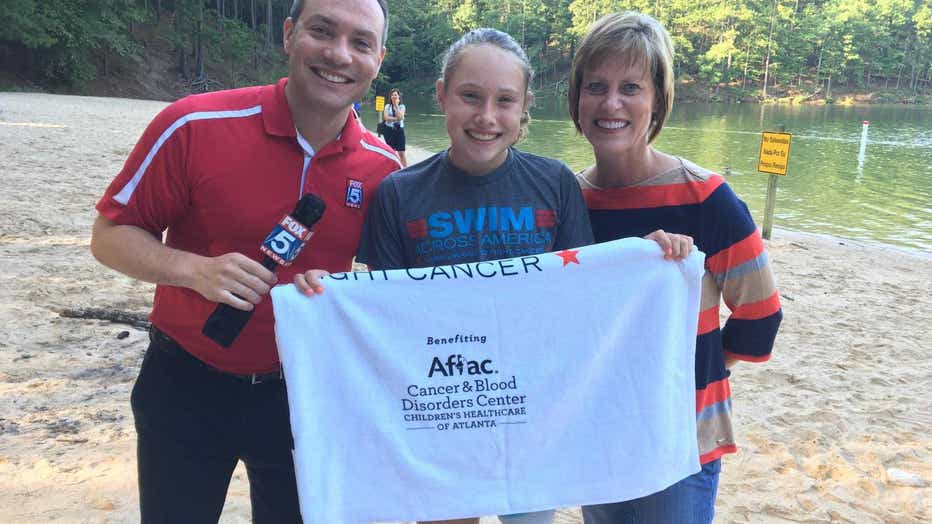 Grace was a well-known swimmer and a fierce supporter of Swim Across America, and so her mother planned the "Amazing Grace Tour" of swimming in 14 Swim Across America open water events in 2021 to honor the 14 years that Grace lived and the 14 swim meets in which she took part during her lifetime.

To donate to Vicki Bunke in honor of Grace, you can click here.   Swimmers can fundraiser on behalf of Grace by joining Team Amazing Grace — click here for more information.  And for a preview of this year’s Swim Across America — Atlanta Open Water Swim, click the video player in this article.