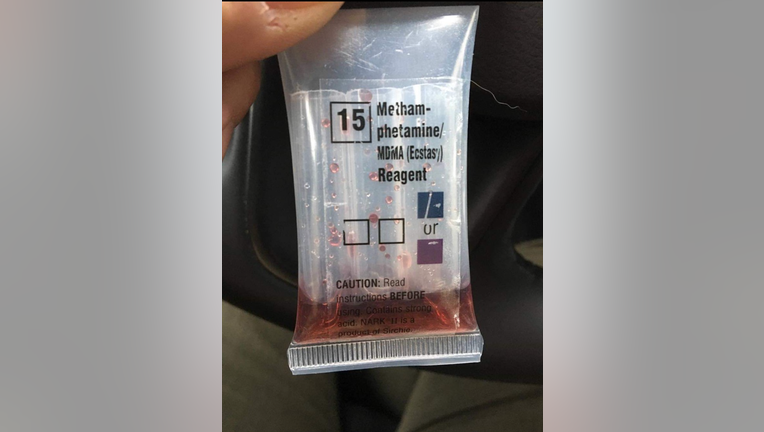 ​This is the field test that Monroe County deputies used to determine Dana Fincher had methamphetamines. It was really cotton candy. ​

MACON, Ga. - A Macon woman now knows how much money she will get for being wrongly jailed over a false positive field test.

Dasha Fincher, 43, sued the Monroe County Sheriff’s Office and others over her arrest on New Year’s Eve of 2016. Deputies used a disposable field test kit to examine a clump of blue material they found in a bag in the car.

Fincher and her boyfriend David Morris allowed the search. Deputies originally pulled them over because they thought the car window tinting was too dark. It was not.

Morris had a prior conviction for trafficking in meth. Fincher had served three years probation on a marijuana charge. Deputies found no other evidence of drug use in their car. 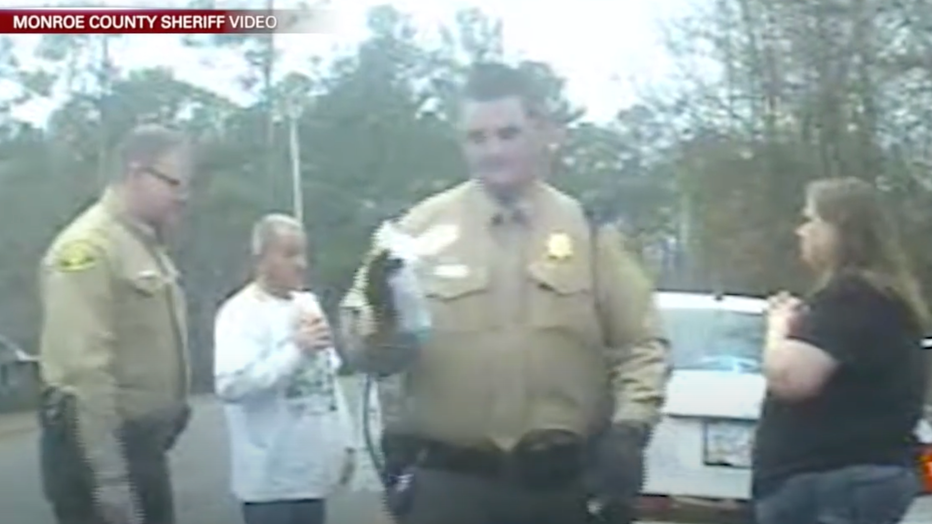 Monroe County deputies test a bag of blue cotton candy. They said the field test came back positive for meth.

Fincher and Morris would spend the next 94 days in the Monroe County Jail, unable to make a $1 million cash bond, set that high because of the amount of suspected meth.

She would miss the birth of her twin grandsons.

The charges were finally dropped when the GBI Crime Lab determined the sample was not a controlled substance.

The NARK II Test used by Monroe County and many other law enforcement agencies is manufactured by Sirchie. The box warns the user to make sure the results are confirmed by a real lab.

Instead, Fincher was arrested and indicted before the crime lab results were known. 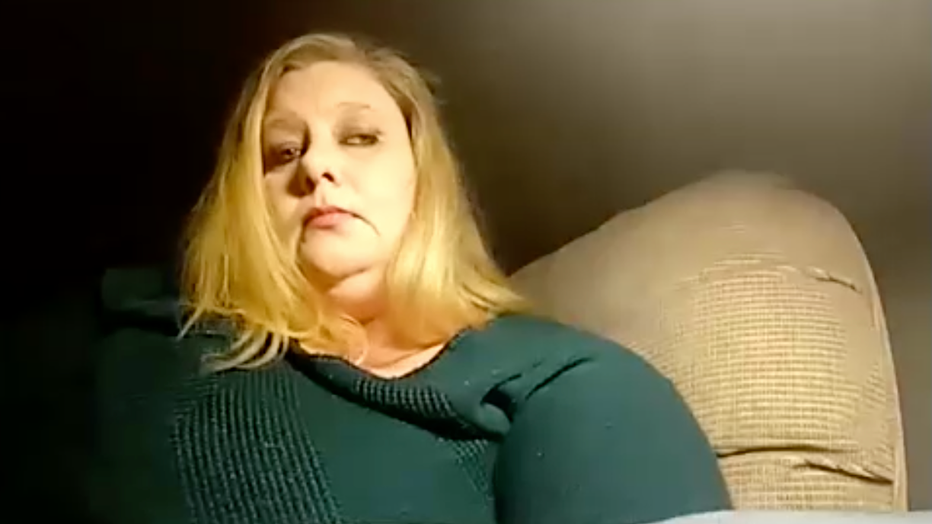 Dasha Fincher could not make a $1 million cash bond. She would spend 94 days in jail until a state crime lab test showed she was not a meth dealer.

Fincher’s case was one of dozens of false positives the FOX 5 I-Team discovered when we first investigated field drug test kits in 2018. We found deputies and police officers relying solely on the results to make an arrest … despite that warning they should get confirmation from a real lab. The result? Innocent people going to jail.

Federal Judge Tilman Self dismissed Fincher’s lawsuit, writing “without a doubt, Plaintiff should never have spent 94 days in jail. And while the Court certainly empathizes with her, it nonetheless must follow the requisite law.”

And I thought nobody cared before. But now I really think nobody cares. You know? The justice system. The law enforcement.

He said because Monroe County deputies assumed the test kits gave them accurate readings, they have sovereign immunity protection from her lawsuit.

“And I thought nobody cared before,” Fincher said. “But now I really think nobody cares. You know? The justice system. The law enforcement.” 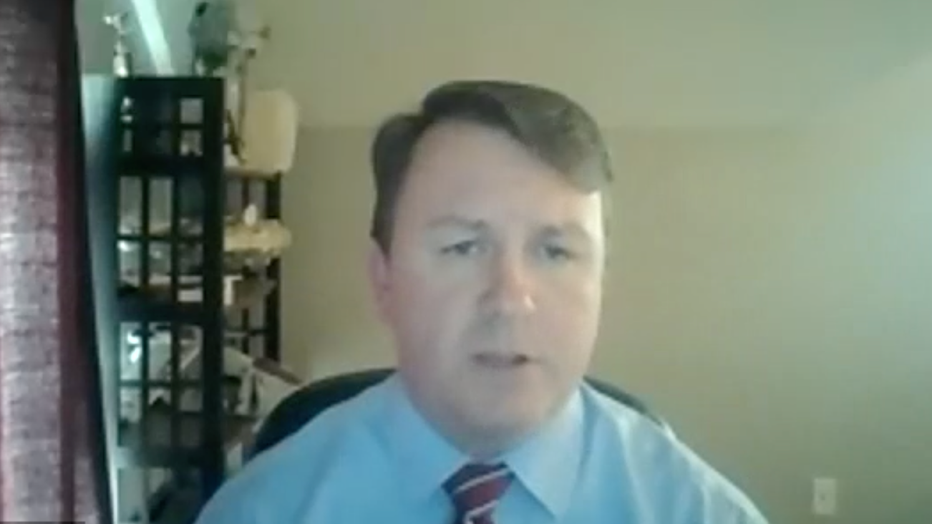 Macon attorney James Freeman took the case on contingency, meaning Fincher did not have to pay him unless she won. He said he wanted to make sure her story was heard.

Macon attorney James Freeman took her case on contingency, meaning she would not be charged any money unless she won damages.

“Honestly, I took the case because she was done so wrong,” he explained. “To have her arrested on the faulty test, then spend three months in jail because a judge thought that much cotton candy warranted a $1 million cash bond is just crazy.”

Fincher put it in a different way.

“I just feel like they got off scot-free,” she said. 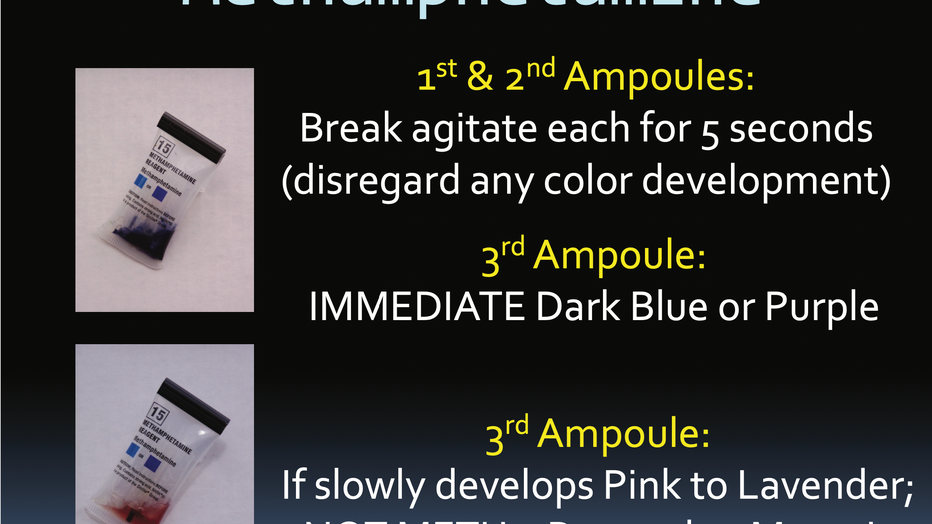 A slide from a Sirchie training guide on how to read the field test.

Sirchie was dismissed earlier from the case. Before that, Freeman obtained documents showing the company instructions had changed over the years for how to read the test kit colors.

During our investigation, when we tried to use the kits the instructions seemed confusing, making it sometimes hard to tell whether a test color meant negative.

Now Freeman says only a dark blue is considered a positive reading for meth.

“If that instruction had been present in 2016, there was no way either officer could argue that this was a dark blue,” he explained. “And Ms. Fincher never would have been arrested and never would have spent three months in jail

The case is over. They will not appeal. But there’s still one remaining question. Something that would not cost Monroe County a dime.

“I would like an apology,” she said. “Right now I want to cry. It would make a big difference because I know they did wrong.”

But she’s likely to get nothing yet again. Our calls to the Monroe County sheriff asking about an apology have gone unanswered.