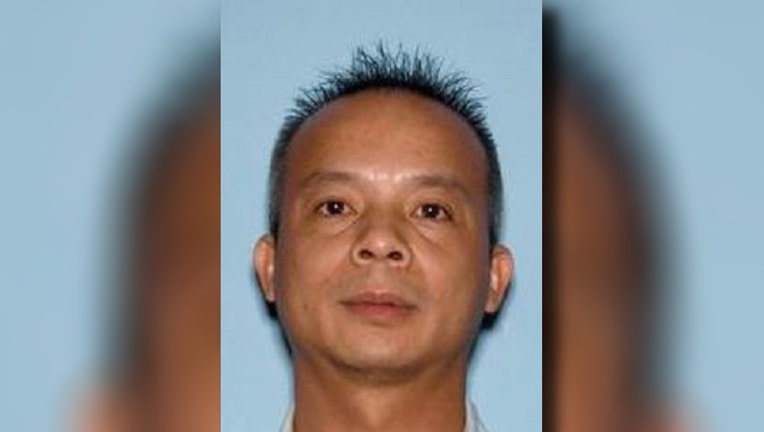 LAWRENCEVILLE, Ga. (AP) - Police are looking for a Lawrenceville man who they say shot his girlfriend while the couple's son was sleeping beside her.

Lawrenceville police Capt. Greg Vaughn tells local media that 40-year-old Anh Phuoc Bui shot his girlfriend in the leg during an argument at about 3 a.m. Wednesday in a residence. The couple's 3-year-old son was sleeping beside his mother when she was shot.

The child is safe and with relatives. The woman underwent surgery Wednesday morning.

Bui fled in a black 2010 Toyota Venza with Texas tags. Police believe Bui is still in Gwinnett County. Warrants have been issued for Bui's arrest on charges of aggravated assault with a deadly weapon and cruelty to children.

Bui is described as a Vietnamese male, 5 feet 8 inches and 160 pounds.

Anyone with information is asked to contact Lawrenceville police.