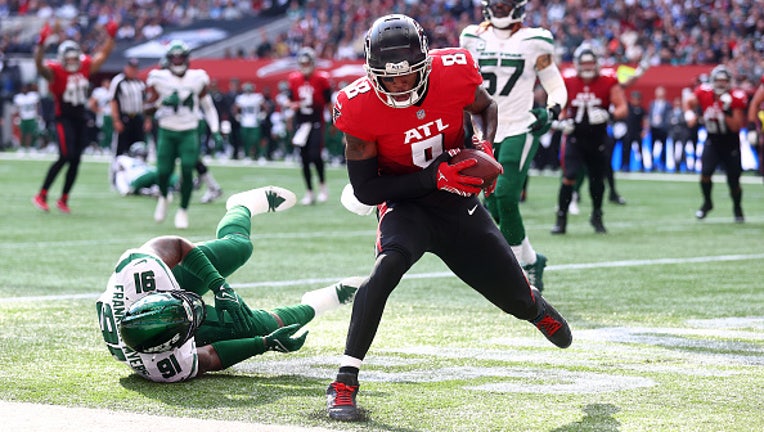 WARE, England (AP) - Matt Ryan threw for 342 yards and two touchdowns, including the first NFL score for Kyle Pitts, and the Atlanta Falcons held on and closed out the New York Jets in a 27-20 victory Sunday in the NFL’s return to London.

The Falcons (2-3) built a 20-3 halftime lead and eventually grounded out the victory despite allowing the Jets to stick around by losing two fumbles.

But Zach Wilson and the Jets (1-4) had trouble moving the ball, which has been the story of the season for the rookie quarterback. Coming off his best game of the season last week against Tennessee, Wilson finished 19 of 32 for 192 yards and no touchdowns with one interception.

Pitts, taken by Atlanta two spots after Wilson at No. 4 overall in the NFL draft in April, had his best game with nine receptions for 119 yards and his first NFL TD.

Ryan completed 33 of 45 passes with no interceptions despite playing without his top two receivers — Calvin Ridley and Russell Gage. Ridley didn’t accompany the team to London "due to a personal matter," while Gage is sidelined with an ankle injury.

Cordarrelle Patterson continued doing a little of everything for the Falcons, and the Jets had few answers for him. The running back/wide receiver/kick returner had seven receptions for 60 yards and ran for a team-leading 54 yards on 14 carries.

LISTEN TO THE FALCONS AUDIBLE PODCAST

The Jets struggled mightily again in the first half, gaining just 80 yards and getting five first downs compared to the Falcons’ 251 yards and 17 first downs in the first two quarters. New York battled back in the second half with rushing TDs from Ty Johnson and Michael Carter, but couldn’t pull off the comeback.

The Falcons then finally found the dagger drive they’ve been missing, driving 75 yards on nine plays, ending with Mike Davis’ 3-yard run. On second-and-goal, Davis took the handoff, spun and got a collective push from his offensive linemen to get into the end zone to extend the lead to 27-17 with 2:19 to play. Davis finished with 53 yards on 13 carries.

The scoring drive included a 39-yard reception by Pitts, followed by Olamide Zaccheaus’ 15-yard catch and dive for a first down to the Jets 24 on third-and-13.