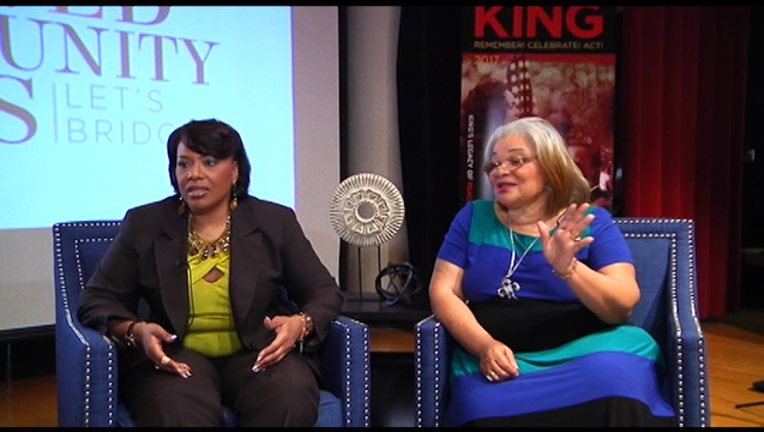 WASHINGTON (AP) - The daughter of Coretta Scott King said Friday that she wants her family to publish the speeches, letters and commentary of the widow of civil rights icon Martin Luther King Jr.

"I know that her voice and her life can serve as a true inspiration to so many women," Bernice King said at the National Press Club.

"My mother has such a wealth of materials and it's tragic that it cannot be contained in a book like this," King said during an appearance with Barbara Reynolds, the co-author with Coretta Scott King of "My Life, My Love, My Legacy," a memoir published earlier this year.

The papers of Martin Luther King Jr. are already being published. He was assassinated in 1968 and his wife died in 2006.

The last volume of her father's papers should come out in 2025, Bernice King said. "With technology the way it is today, I know that we'll be able to accomplish this feat related to my mother much quicker," she said.

King did not say if they were negotiating with a university or publishing house. She also said she thought her brothers, Dexter and Martin III, would agree with a decision to publish their mother's papers.

King's three surviving children are the sole shareholders and directors of the estate. Yolanda King, the Kings' eldest child, died in 2007.

The King siblings have fought in court over their famous father's possessions in the past, including King's traveling Bible and Nobel Peace Prize medal.

"I think they'll agree with this decision," Bernice King said.