ATLANTA - The Georgia Supreme Court has a new justice on the bench.

"There’s a lot more to Judge Colvin in my option than what we have seen on paper. She upholds, in my opinion, the highest ideals of what the people of our state expect from their judicial system. Wisdom, justice, and moderation," Kemp said. "But also compassion, belief in the rule of law, integrity, and a heart for the community she serves."

The ceremony happened in the House Chamber at the State Capitol

Judge Colvin is the first African-American appointed to the state's Supreme Court by a Republican governor. 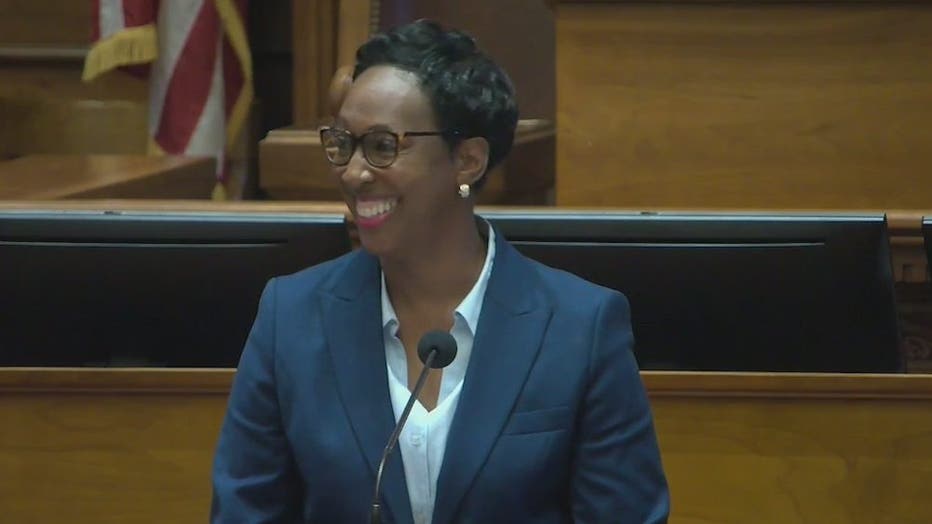 "I was fortunate to be born and raised in Atlanta. I am a proud product of the Atlanta Public School System," Colvin said. "This appointment is a testament to all that my birth home of Atlanta instilled in me."

Colvin made a vow to the state of Georgia following her swearing-in.

"I understand that justice refers to people who embody the law and judge refers to someone who speaks the law. I vow to each and every one of the justices and every citizen of the state of Georgia to be an avid student of the law, open and ready to continually learn from my colleagues," Colvin said.