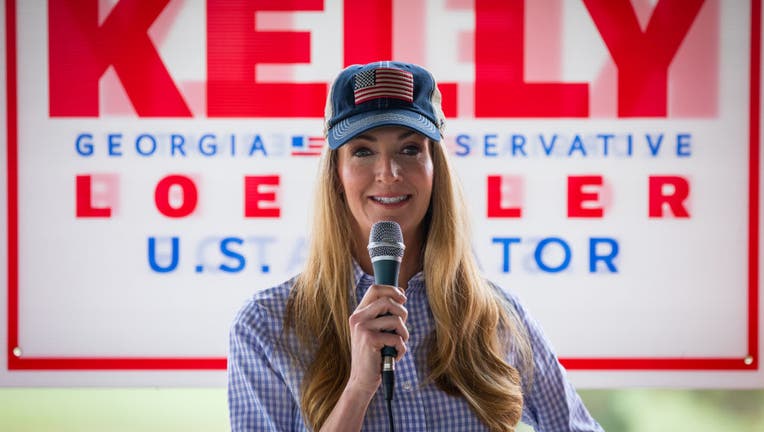 In a statement, Loeffler's office announced that the senator learned that two members of her Senate staff had tested positive on Friday, leading to her to get tested.

Loeffler tested negative for the virus, her office told FOX 5.

“Senator Loeffler is more energized than ever to vote to confirm Amy Coney Barrett as the next Supreme Court Justice on Monday before returning home and traveling the state to meet with hardworking Georgians,” a spokesperson for the senator said.

Loeffler is currently in a race to win a spot to keep her appointed Senate seat. The congressman has been locked in a brutal battle for the conservative base of the Republican Party with GOP Rep. Doug Collins, a four-term congressman and one of Trump’s most visible defenders in the U.S. House. Meanwhile, Democratic challenger Raphael Warnock, pastor of the Atlanta church where the Rev. Martin Luther King Jr. preached, has been able to consolidate support among Democrats with relative ease.

A Jan. 5, 2021 runoff between the race’s top two candidates — likely Warnock and either Loeffler or Collins — will be required if nobody wins more than 50% in November.

Loeffler took office this past January after being appointed by Republican Gov. Brian Kemp to replace retiring GOP Sen. Johnny Isakson, who was known for being a consensus builder willing to reach across the aisle to get things done.

Before her appointment, Loeffler was a relatively unknown figure — the co-owner of Atlanta’s WNBA basketball team, CEO of a cryptocurrency trading platform and the wife of Jeffrey Sprecher, who leads the company that owns the New York Stock Exchange.

Once her appointment was made public, Loeffler quickly moved to bolster her conservative bona fides.

“I’m a lifelong conservative, pro-Second Amendment, pro-Trump, pro-military and pro-wall,” she said at a December news conference as Kemp announced her as his pick for the Senate seat.

Soon after, Collins, who sought the appointment himself but was passed over, mounted a bid to challenge her, sparking a scramble among the two top-tier candidates to shore up support from hardcore GOP voters.

Whichever Republican secures a spot in a runoff would have just over two months to make their case to a statewide audience.