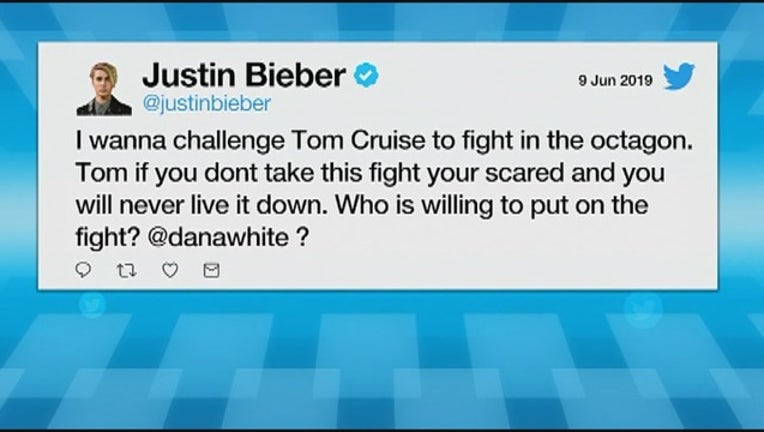 The singer took to Twitter over the weekend to challenge the "Top Gun" himself to a little dog fight.

Bieber's tweet is now blowing up on social media.

Former MMA fighter Conor McGregor is even offering to promote the fight.

So far, Cruise hasn't responded to any of the smack.

But Bieber's tweet says the actor won't live this down if he doesn't accept the challenge.