Jussie Smollett was ordered released from jail Wednesday by an appeals court that agreed with his lawyers that he should released pending the appeal of his conviction for lying to police about a racist and homophobic attack.

CHICAGO - Jussie Smollett has been out of jail for three weeks and has now released a new song called "Thank You God."

The former "Empire" star shared the single on his Instagram account, which according to his bio is "currently run by" the Smollett family.

In the caption of the post, it's noted that "100% of the profits will be donated" to Rainbow Push Coalition, the Illinois Innocence Project and Secure the Bag Safety.

The one-minute preview on social media starts with a clip that reads: "CHANNELING THESE THOUGHTS THE BEST WAY I KNOW HOW. LOVE YOU… - JUSSIE."

Smollett then sings: "It’s like they’re hell-bent on not solving the crime / Taking out the elements of race and trans and homophobia that’s straight taking lives / But turn around and act like I’m the one that killed the strides."

Elsewhere on the track, he says, "Some people searching for fame / Some people chasing that clout / Just remember this ... this ain’t that situation / You think I’m stupid enough to kill my reputation."

"Just simply to look like a victim / Like it's something fun / Y'all better look at someone else / You got the wrong one." 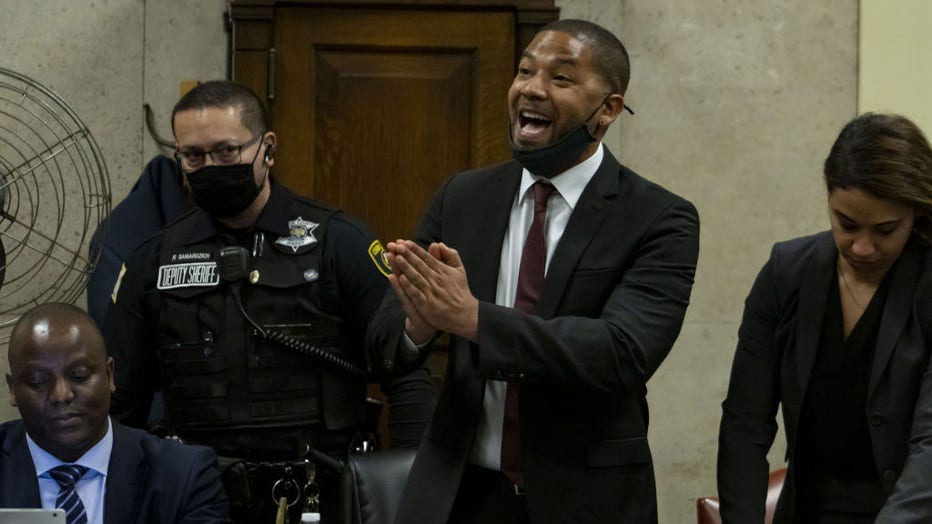 On March 16, Smollett was released from Cook County Jail in Chicago, Illinois, after a court gave the OK pending an appeal of his conviction.

He had spent six days behind bars of his 150-day sentence after he was convicted of lying to Chicago police about being the victim of a hate crime in 2019. The actor was convicted on five felony counts of disorderly conduct for lying to police.

Jussie Smollett was ordered released from jail Wednesday by an appeals court that agreed with his lawyers that he should released pending the appeal of his conviction for lying to police about a racist and homophobic attack.

Last month, an appeals court, in a 2-1 decision, said Smollett could be released after posting a personal recognizance bond of $150,000, meaning he doesn't have to lay down money but agrees to show up for court as required.

During his sentencing, Smollett maintained his innocence.

Reps for Smollett did not immediately respond to Fox News' request for comment.