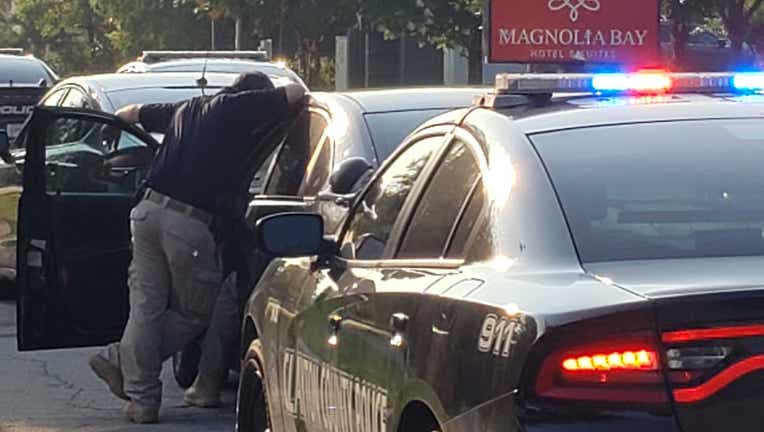 JONESBORO, GA - Jonesboro police are investigating a double shooting outside of a motel early Thursday morning.

Police tell FOX 5 that the call about the shooting came in shortly after 5 a.m. Thursday.

Officers arriving at the scene found one man with a gunshot wound lying in the grass near the road outside of the Motel 6 on the 600 block of Southside Commercial Parkway.

According to police, a second man ran into the hotel lobby with multiple gunshot wounds.

Medics rushed both of the victims to a local hospital. Their conditions at this time are unknown.

Police have not released the names of either victim or said what they believe led up to the shooting.

If you have any information that could with the investigation, please call the Jonesboro Police Department.