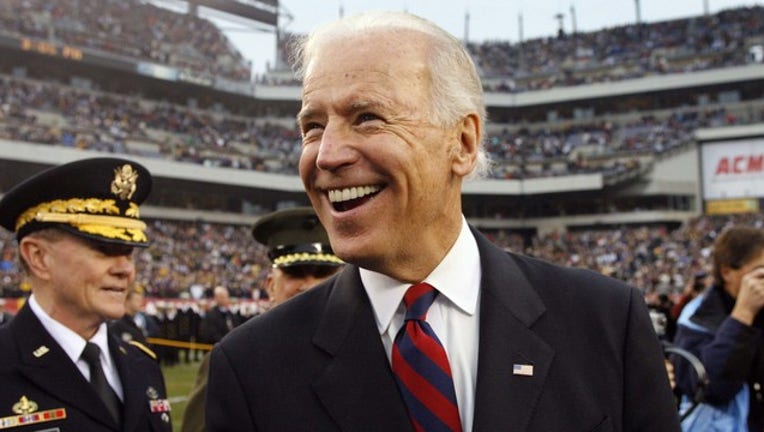 Vice President of the United States Joe Biden smiles as he stands at midfield during the coin toss before a game between the Army Black Knights and the Navy Midshipmen at Lincoln Financial Field. (Photo by Hunter Martin/Getty Images)

(FOX NEWS) - Former Vice President Joe Biden said he would decide if he’s running for president in 2020 soon. But in the meantime, he’s confident he is up for the job.

“I think I’m the most qualified person in the country to be president. The issues that we face as a country today are the issues that I’ve worked on my whole life,” Biden told a crowd in Montana Monday, according to the Missoula Current.

Biden, 76, was at the University of Montana in Missoula Monday to promote his book, “Promise Me, Dad.” He said he would rely on his family to help him decide whether he’ll run for president in 2020.