Democratic presidential candidate Joe Biden said for the first time on Wednesday that President Donald Trump must be impeached.

Biden made the remarks as part of a blistering 25-minute campaign address in Rochester, New Hampshire, saying that Trump abused the powers of his office to help his own reelection.

“Donald Trump has violated his oath of office, betrayed this nation and committed impeachable acts," Biden said, according to the New York Daily News. "He should be impeached.”

Biden, the former vice president, said Trump is "shooting holes in the Constitution" by asking foreign powers to interfere in the 2020 election and then refusing to cooperate with a resulting House impeachment inquiry.

“He believes he can and will get away with anything he does,” Biden said during his fiery speech, according to the Washington Post. “We all laughed when he said he could stand in the middle of Fifth Avenue and shoot someone and get away with it. It’s no joke. He’s shooting holes in the Constitution, and we cannot let him get away with it.” 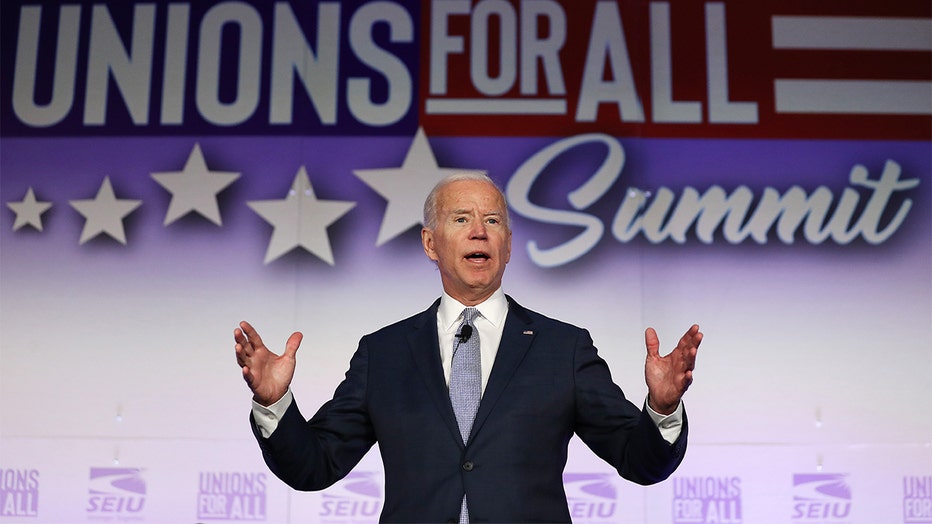 “President Trump has indicted himself by obstructing justice, refusing to comply with a congressional inquiry… he’s already convicted himself,” Biden said, the Post reported.

Biden took aim at Trump for the president’s remarks outside the White House last week, in which he publicly urged China to investigate Biden and his son, Hunter, according to the paper.

“It was the third foreign power that we know of that he’s asked in clear, unmistakable language… to interfere” in U.S. democratic proceedings, Biden said, referring to Trump’s overtures to Russia and Ukraine, the Post reported.

"This is a president who has decided this nation doesn't have the tools, the power, the political will" to punish bad behavior, Biden said. "He's not just testing us. He's laughing at us.“

Trump quickly shot back in a tweet that it was "so pathetic" to see Biden calling for his impeachment. The president maintained that he had done nothing wrong.

After his speech, Biden also tweeted Wednesday, reinforcing his remarks.

“With his words and with his actions, President Trump has indicted himself. He should be impeached,” Biden said on Twitter.

Trump, in a July phone call to Ukraine's leader, had asked for "a favor" of investigating Biden and his son.

House Democrats have begun impeachment proceedings against Trump based on a rough transcript of the July 25 telephone call.

Trump has repeated his assertions that Biden, as vice president, used his office to protect his son from corruption investigations in Ukraine.

Biden on Wednesday again called those theories "lies" and said Trump was peddling them because he fears facing Biden in a general election.

“We believe Americans should decide Americans, period,” Biden said, according to the Post. “But Donald Trump will do anything to get reelected, including violating the most basic forms of democracy. It’s stunning, and it’s dangerous… He has seen no limits to his power, regardless what the Constitution says.”

Biden also denounced Trump for suggesting that the people who provided information to the whistleblower should be executed, the Post reported.

“What president has ever used such language?” he asked.