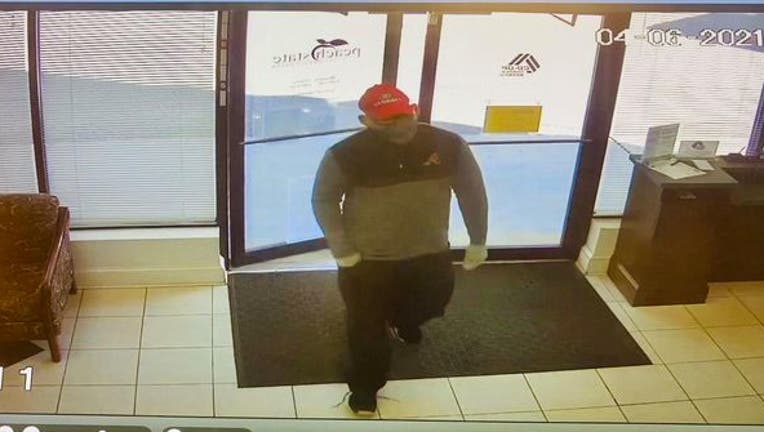 JEFFERSON, Ga. - The Jefferson Police Department is seeking the public's help in identifying a man suspected of an armed robbery at a local bank on Monday.

The Georgia Bureau of Investigation on Wednesday released video of the suspect outside of the bank.

Officials said the suspect appears to be about 6-foot-2 or 6-foot-3, based on security camera footage.

If you recognize this subject or have any information that may help this investigation, Jefferson police urge you to contact Detective Trina Locke at 706-367-5231 ext. 2421 or direct message the police department on Facebook.