The Republican incumbents face Democrats Raphael Warnock and Jon Ossoff in two highly competitive January runoffs.  Recent polling shows the candidates within just one percentage point of each other in both races.

Trump is scheduled to make three stops during her visit focusing on the Atlanta suburbs including events in Milton, Suwanee and Walton County. 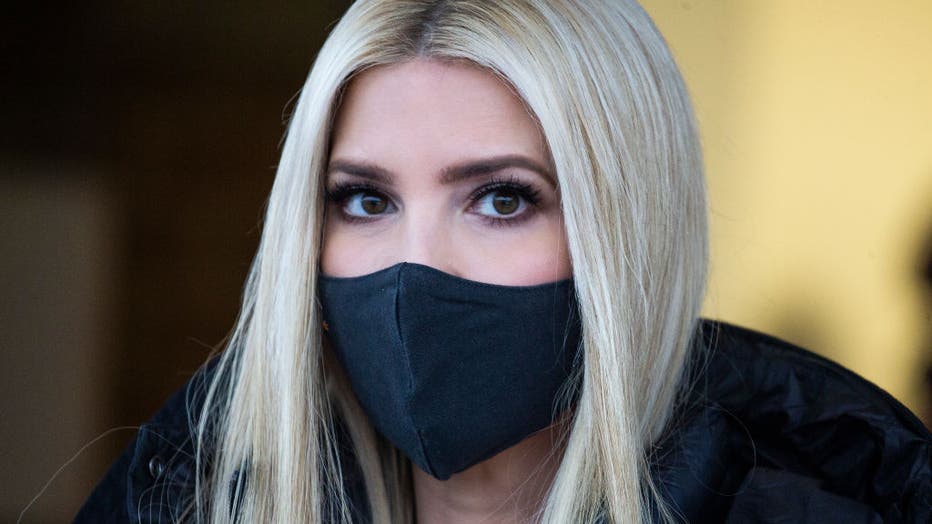 "I’m honored to be back in the great state of Georgia to campaign for my friends Senator David Perdue & Senator Kelly Loeffler," said Ivanka Trump.  "Over the last four years we’ve fought for the hardworking people of Georgia, securing historic tax cuts and better trade deals, increasing access to affordable childcare, advocating for small businesses and delivering for our military. We must ensure that Republicans hold the Senate in order to continue advancing policies that lift up all Americans."

Next month's runoffs are critical for both parties because they will determine the balance of power in the U.S. Senate.  Republicans need to win both seats to maintain their current majority in the chamber.  If Democrats win, they will control the Senate, along with the House of Representatives and the White House.

"Ivanka has been instrumental in helping President Trump make America great again and we're thrilled to have her campaign with us in these critical elections," said Sen. Perdue.  "She knows that the good work we've partnered on during the last four years could be at great risk if Georgians don't get out and vote. We know that she'll help to deliver that important message and we're excited to have her on the trail."

Ivanka Trump is one of several high-profile Republicans to visit the state to highlight the importance of voting in the runoffs.  Her father, President Donald Trump, held a campaign rally in Valdosta December 5 and Vice President Mike Pence has made multiple trips to the state in recent weeks.

"I am so excited to welcome Ivanka back to Georgia to help David and I stop socialism and save our country. I’ve been honored to work with Ivanka and the entire Trump administration to expand school choice, bolster economic opportunities, create safer communities and restore America’s position on a world stage. Like President Trump, Ivanka knows that the future of our country is on the line in Georgia—which is why I’m so honored to have the Trump family’s complete and total support," Sen. Loeffler said.  "l will keep fighting to build on the success of President Trump’s America First Agenda as we work together toward a big win on January 5th."