A group of baby gators tried to get a bite out of fish scraps in a Lousiana pond. It just took a few death rolls to do so. Video credit: Dana McCuller

LAKE CHARLES, La. - Floridians have lived around alligators long enough to know and witness the death roll, a defensive move by the reptiles -- usually seen when they are captured by a trapper. However, for some baby gators, it was to help chow down on a fresh pile of fish scraps.

Dana McCuller loves taking photos of animals and nature, specifically at a pond near her home in Lake Charles, Louisiana. She told FOX 13 she has been photographing a female gator, who she named "Cheesecake," for nearly six years.

"My Facebook friends affectionally call her babies, 'the cheese sticks,'" she explained, saying Cheesecake is probably used to her taking photos of her and her little reptile family. 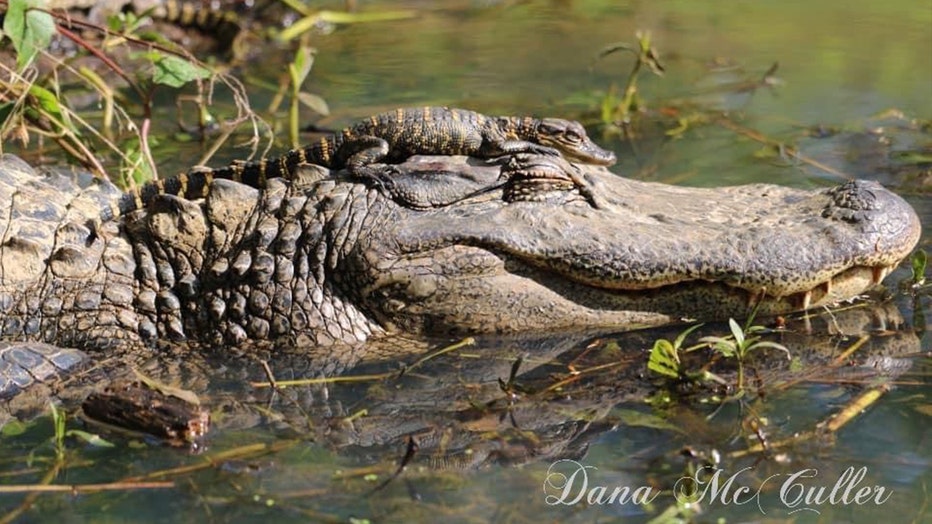 'Cheesecake' and one of her baby gators (Dana McCuller)

On Sunday, McCuller ventured out to the pond once more. Her neighbor just finished fishing, cleaning the fish he caught, and tossing the scraps into the same pond.

For McCuller, it was an opportunity. She grabbed her camera and patiently -- but most importantly, quietly -- waited.

In one of her videos, one baby gator latches its tiny jaw onto the scraps and started tugging. Quickly, it decided to do a speedy death roll -- possibly an attempt to rip off some of the fish meat.

McCuller shared the video on her Facebook page, with many commenting on the cuteness of the gator and its "itty bitty death rolls." One follower also thinks it looked "dizzy" after multiple spins.

"The 'death rolls' were the cutest and least intimidating thing I've ever seen," McCuller said in one comment.

Her video has gone viral, and was even shared by one Florida attraction's Facebook page with the caption, "Now isn't this just about the cutest little death roll you've ever seen?!"

McCuller shared other videos showing the young gator's siblings trying to get a bite out of the scraps -- all by performing their own death rolls. 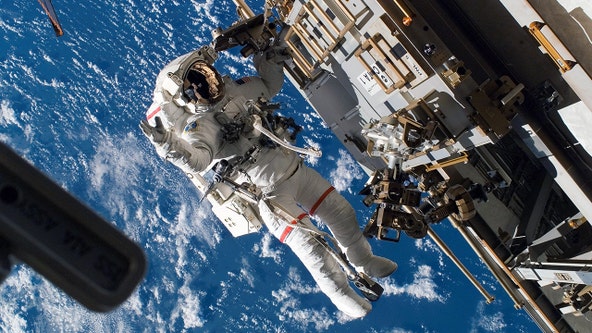