JACKSON COUNTY, Ga. - Investigators have charged a Georgia man with first-degree arson after officials say he set fire to his own home while other people were inside. 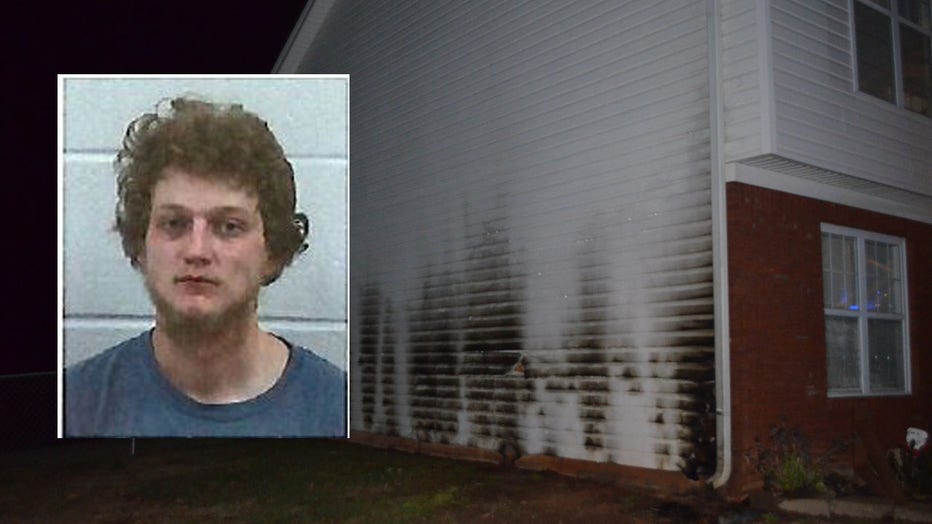 Officials with the Georgia Safety Fire Commissioner's Office say that the fire happened around 4:50 p.m. on November 17 at a home on the 1000 block of Bill Watkins Road in Hoschton, Georgia.

According to investigators, 25-year-old Aaron Vaughn was allegedly seen with a lighter and gasoline near the right side of the front of the home.

“Mr. Vaughn set fire to his home with two others inside. These actions show that he has no regard for human safety,” said Insurance and Safety Fire Commissioner John F. King. “Thankfully, due to the hard work of investigators, no one was injured in the fire and the suspect was captured a short time later.”

Police apprehended Vaughn at a friend's home nearby. He is now in Jackson County Jail charged with one count of first-degree arson and one count of making terroristic threats.