At a press conference, Interim Chief Rodney Bryant said that it was "factual" that since the Fulton County District Attorney filed charges in the death of Rayshard Brooks the department had seen "higher than average" number of officers calling in sick.

Although Bryant didn't give exact numbers on how many officers are calling out, he did say many of them are anxious about the current climate of law enforcement.

"The explanation for calling out sick vary and include officers questioning their training, officers being challenged and attacked, and unease about officers seeing their colleagues criminally charged so quickly," he said.

Bryant also spoke about the tangible steps the APD is taking to make improvements, including reviewing training on de-escalation and peer intervention.

"The Atlanta Police Department has not given up on the citizens and the city that we love and we ask that you not give up on us," he said. 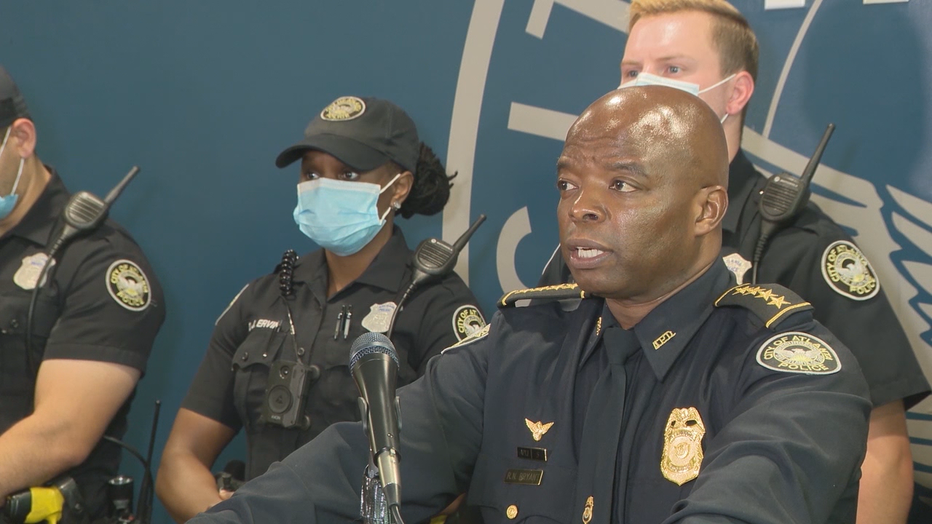 The new head of Atlanta law enforcement was also quick to defend his department and officers when it comes to discipline.

"We are not a department known for flagrant abuse, hate, or injustice," Bryant said. "We encourage due process for those we encounter as well as ourselves."

When asked about District Attorney Paul Howard's decision to charge former APD officer Garrett Rolfe, Bryant says he found out about the charges right before it happened.

"That's why we call the GBI in to investigate this and follow their lead. So I was surprised that the DA would get to that conclusion that fast," he said.

He said many officers were concerned about the quickness of the charges.

At a press conference earlier this week, Howard said that Brooks was not a deadly threat and that Rolfe kicked the wounded black man and offered no medical treatment for over two minutes as he lay dying on the ground.