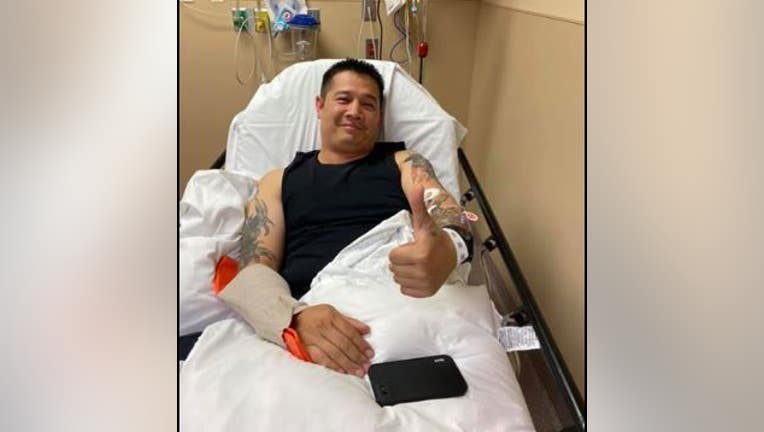 MORROW, Ga. - The Morrow police officer who was injured while chasing a robbing crew on a high-end clothing and perfume caper got a special recognition from Governor Brian Kemp.

Sgt. Chung Quatch got knocked around during a foot chase on Oct. 24 and ended up breaking his arm. The suspects were caught stealing thousands of dollars’ worth of merchandise from Macy’s at Southlake Mall.

Gov. Kemp's letter praised Sgt. Quatch's actions and offered thanks and prayers for a speedy recovery.

In the same blue ink used to sign the letter, the governor added "Thanks for all you do!"

The two sisters who were arrested remain behind bars on numerous charges connects to the theft and trying to elude police.