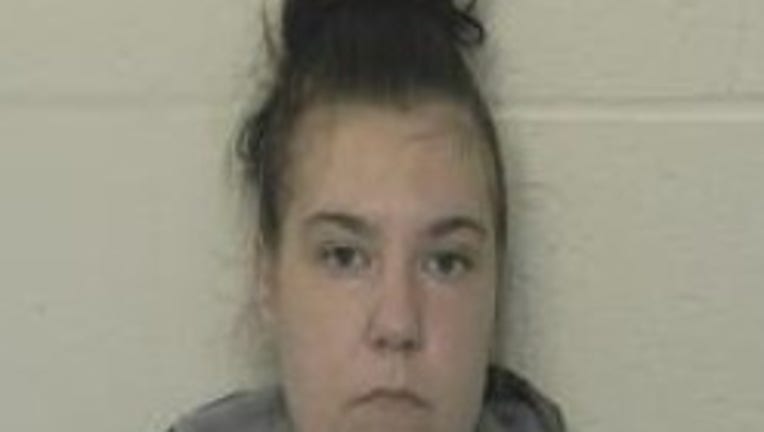 SCOTTSBURG, Ind. - An Indiana woman faces child neglect charges after investigators said her 4-year-old daughter nearly died from a lice infestation so severe doctors had to give her multiple blood transfusions.

Shyanne Singh, 26, of Scottsburg, was arrested Tuesday on three felony counts of neglect of a dependent. She remained in custody Friday at the Scott County Jail.

Scottsburg police were contacted April 20 after Singh's daughter was brought to a hospital. Doctors declared her a "near fatality" because lice had fed off of her for so long, according to a probable cause affidavit.

The girl was so ill she could not walk, and a Department of Child Services supervisor told police the child's blood hemoglobin levels were at 1.7., when they should have been at 12, according to court documents. That was the lowest hemoglobin level the hospital had seen and the girl needed to have four blood transfusions.

The girl had a 6-year-old sister who also had lice.

Both children had been placed in the care of their maternal grandparents in April, court records show. The siblings' grandmother told police that she tried to take care of their lice with treatments but a pharmacist told her she needed to "take the kids to the hospital."

RELATED: Bond set at half a million for mom accused of dropping 5-year-old daughter off 6-story garage

When Singh’s mother confronted her about the state of her grandchildren, Singh allegedly said that, "she didn’t notice, and that she was just in a fog," court documents state.

Singh appeared Friday for an initial hearing before a judge, who appointed a public defender for her.

A message seeking comment on her behalf was left Friday with the Scott County public defender’s office.

Scottsburg is a city of about 6,700 people in southern Indiana, about 30 miles (50 kilometers) north of Louisville, Kentucky.