Sunny and warm the next two days before tropical moisture invades North Georgia. Here is the latest forecast.

Hurricane Delta is a dangerous Category 4 hurricane heading toward the Yucatan Peninsula in Mexico Tuesday through Wednesday morning.  An expected turn to the north by Thursday will bring the center of the storm to coastal Louisiana by Friday.

The worst of the immediate impact was expected along the resort-studded northeastern tip of Mexico’s Yucatan Peninsula, where hurricane conditions were expected Tuesday night and landfall early Wednesday.

From Tulum to Cancun, tourism-dependent communities still soaked by the remnants of Tropical Storm Gamma could bear the brunt of the storm. 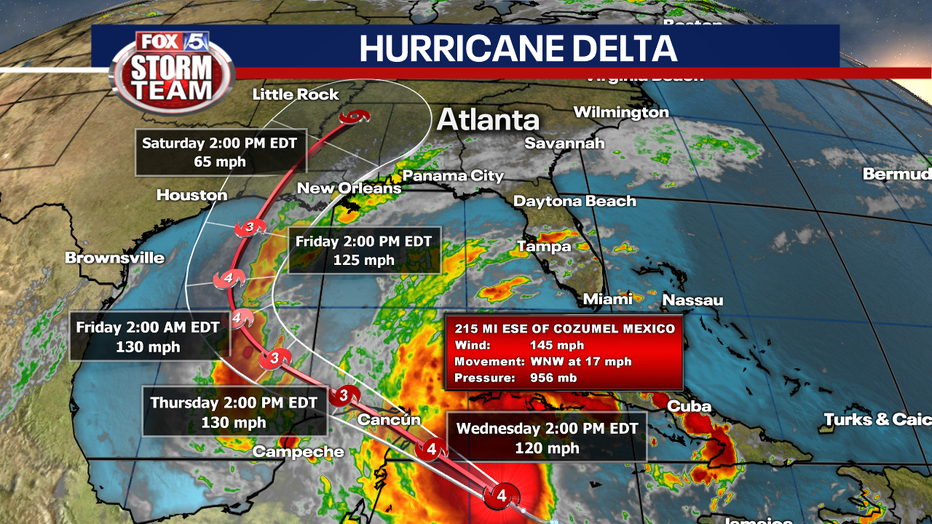 In Cancun Tuesday, long lines stretched at supermarkets, lumber yards and gas stations as residents scrambled for provisions under mostly sunny skies. Officials warned that residents should have several days of water and food on hand. Boat owners lined up at public ramps to pull their boats out of the water. 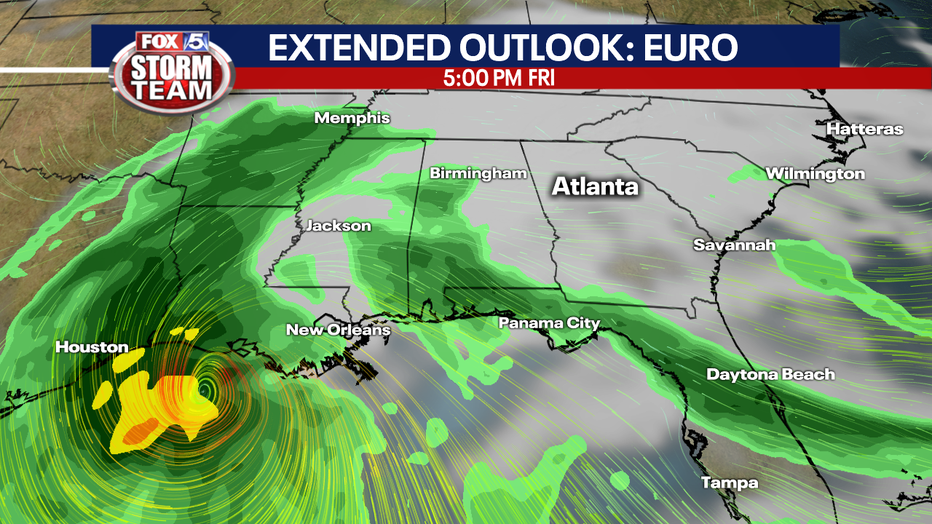 The official definition of rapid intensification of a hurricane is 35 mph in 24 hours. Delta has increased in strength 80 mph, more than doubling from a 60 mph storm at 2 p.m. Monday to 140 mph at 2 p.m. Tuesday.

Delta’s center late Tuesday afternoon was about 215 miles (345 kilometers) east-southeast of Cozumel, Mexico, and it was moving west-northwest at 17 mph. 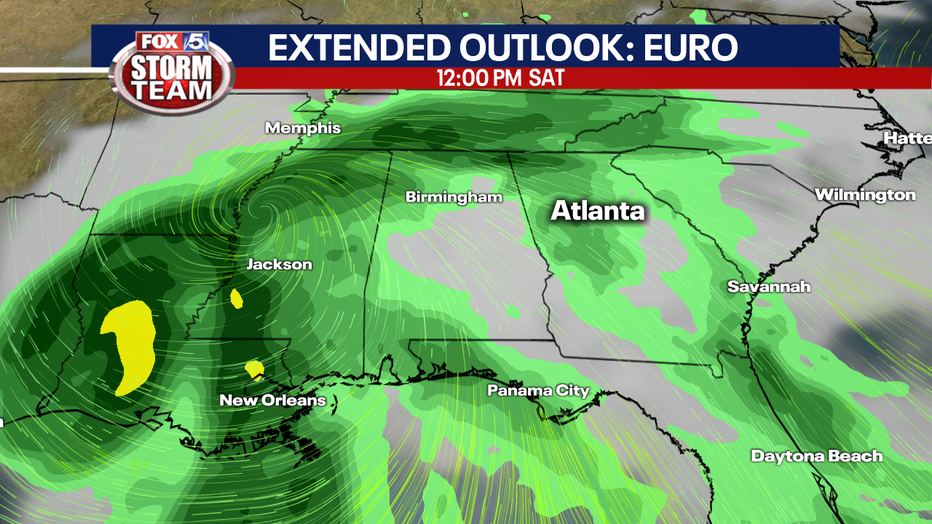 “While there is large uncertainty in the track and intensity forecasts, there is a significant risk of dangerous storm surge, wind, and rainfall hazards along the coast from Louisiana to the western Florida Panhandle beginning Thursday night or Friday. Residents in these areas should ensure they have their hurricane plan in place and monitor updates to the forecast of Delta,” the Hurricane Center said. 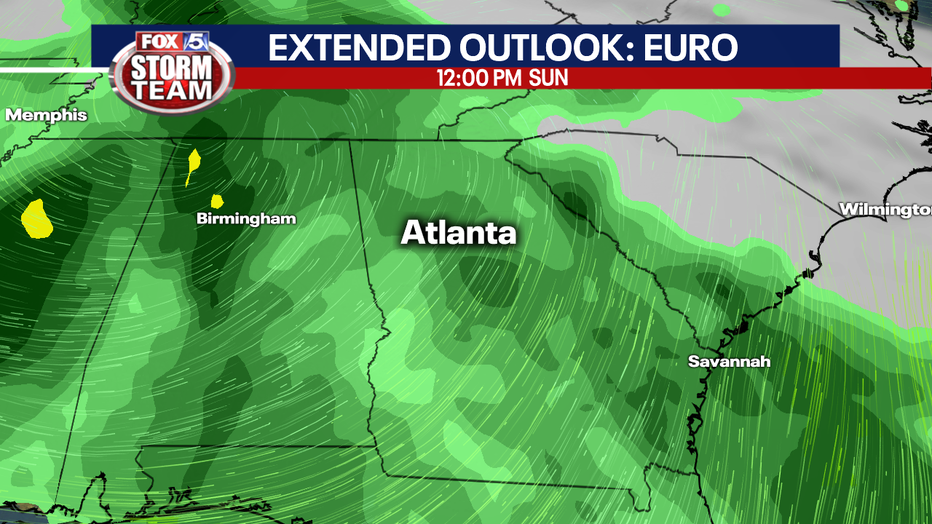 Beach communities on the Alabama coast are still clearing away the damage from Hurricane Sally, which made landfall at Gulf Shores on Sept. 16, as they warn people to be ready for Hurricane Delta.

Right now, impacts over North Georgia will be some periods of rain and breezy conditions this weekend.  While the severe threat and flooding risks are low, the storm needs to be monitored for changes in direction and intensity. 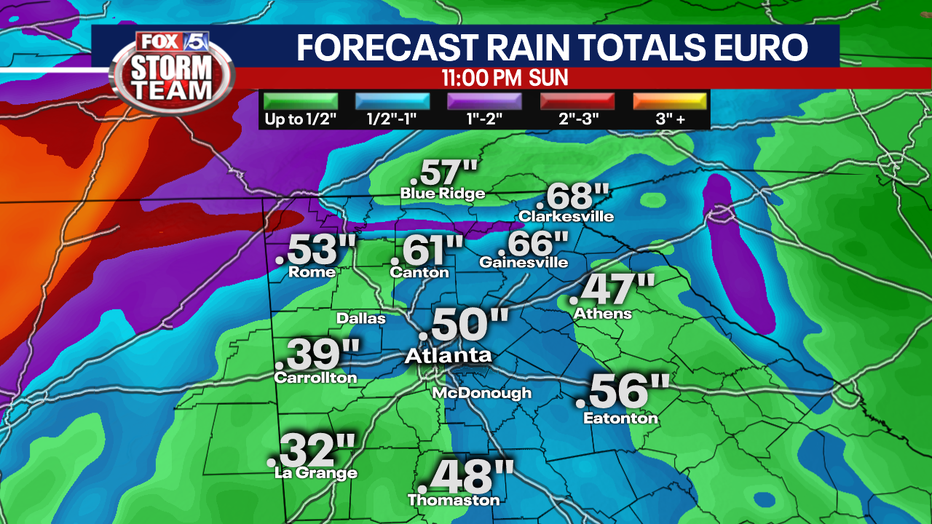