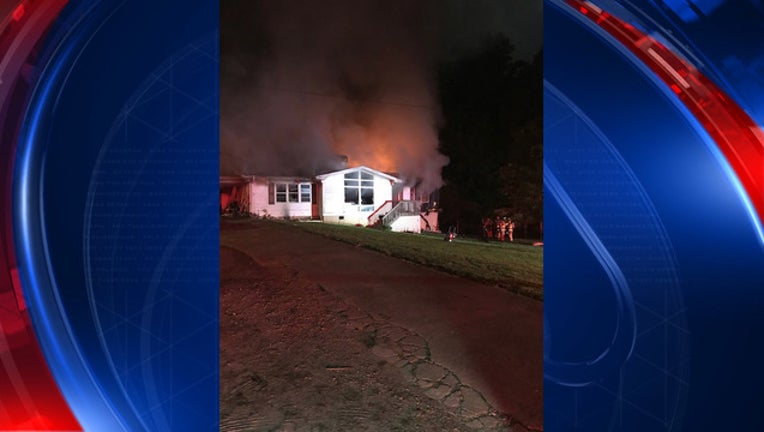 According to Hall County Fire Services, firefighters responded to the home on the 4700 block of Willie Robinson Road around 3:45 a.m. Sunday.

When they got to the home, half of it was already up in flames.

Four adults and three children were displaced by the fire. One woman had minor burns on her leg and hand. A dog was also killed in the home.

After an investigation, officials discovered that no smoke detectors were working in the home.

The Red Cross has been notified to help the family.