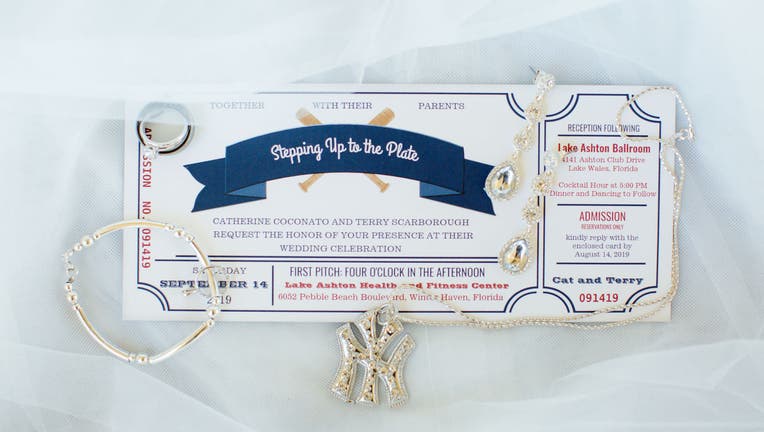 LAKE WALES, Fla. - Neither of their teams is in this year’s World Series, but the New York Yankees and Atlanta Braves are the only teams that mattered for a Polk County couple.

On Saturday, Sept. 14, both teams were still in the running for the MLB’s top spot. That afternoon, the Braves secured a playoff berth with a 10-1 win over the Washington Nationals. The same afternoon, Yankees pitcher James Paxton made history in a 13-3 win against the Toronto Blue Jays, becoming the team’s fourth pitcher since 1961 to win nine consecutive starts.

The same day, at the Lake Ashton country club in Lake Wales, Catherine Coconato and Terry Scarborough stepped up to the plate to say “I do” with their favorite teams representing their families on either side of the aisle. 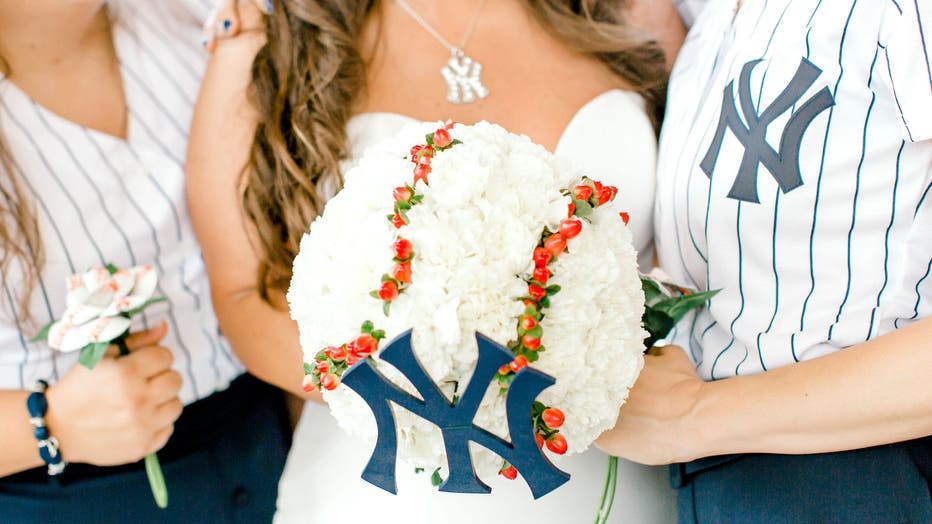 But she may have to get a “house divided” license plate frame to represent the combining of their two houses.

Terry grew up a huge fan of the Braves and Chipper Jones. 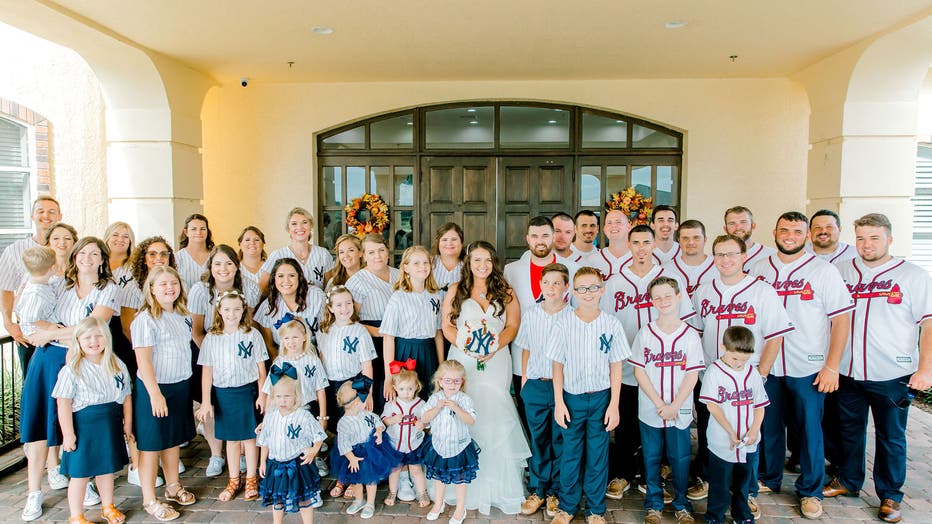 Every detail was perfectly in place.

The invitations were styled after a classic game ticket, with the first pitch scheduled for four o’clock. Instead of flower girls, two young men appeared with gloves and a ball, and threw out a first pitch to kick off the ceremony. 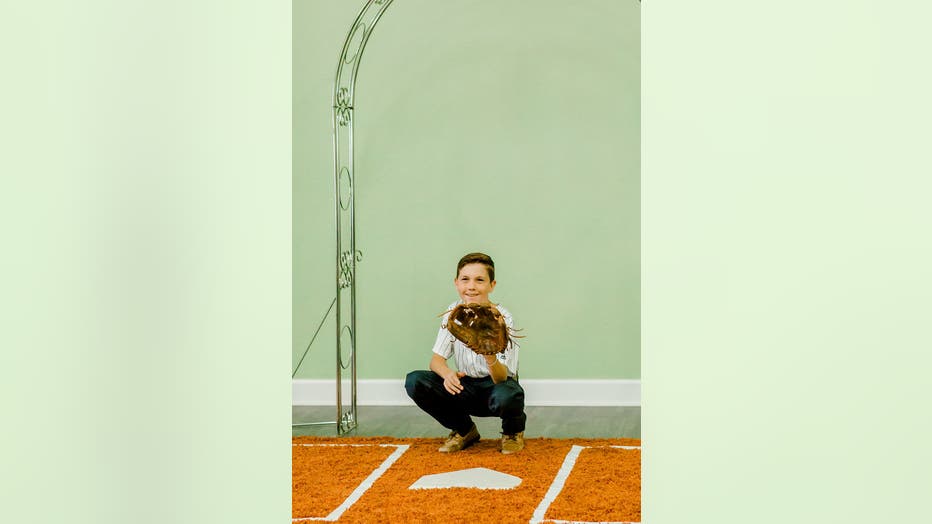 Cat and Terry stood on either side of a replica home plate to say their vows in the presence of an umpire officiant. 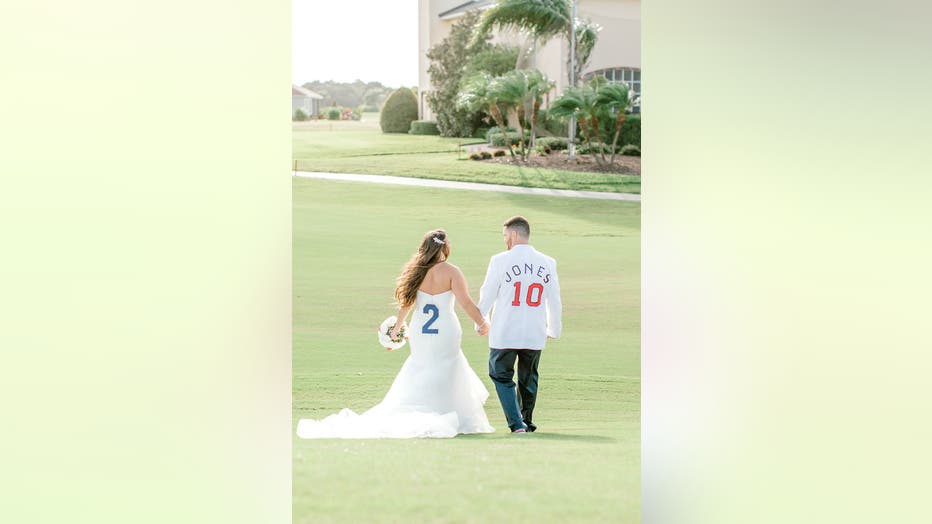 Cat carried a bouquet of white flowers and red trim, resembling a baseball, with the Yankees logo in blue on the front. Terry’s wedding ring is engraved with a Braves logo.

Centerpieces of white and red flowers were stacked on top of Louisville slugger bats with baseballs at the base. 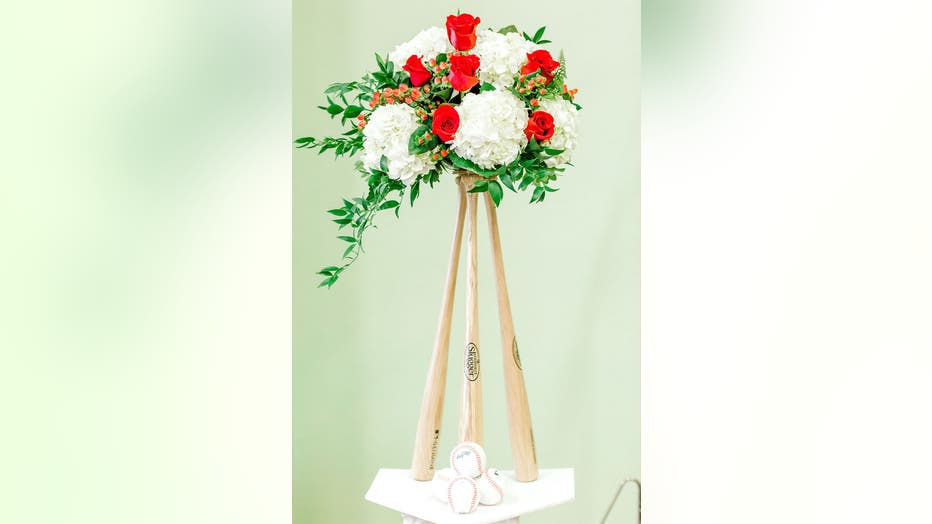 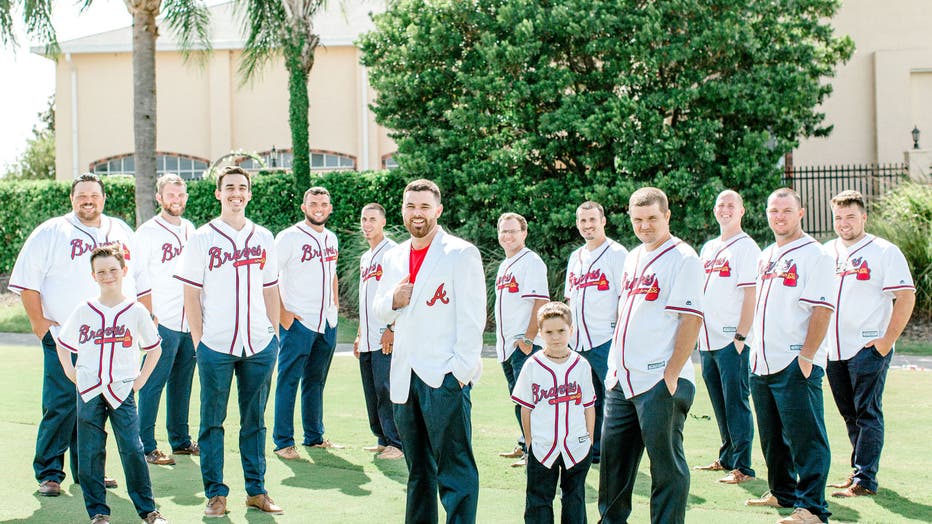 And as the couple walked back down the aisle, as husband and wife, wedding guests created a tunnel of baseball bats above their heads. 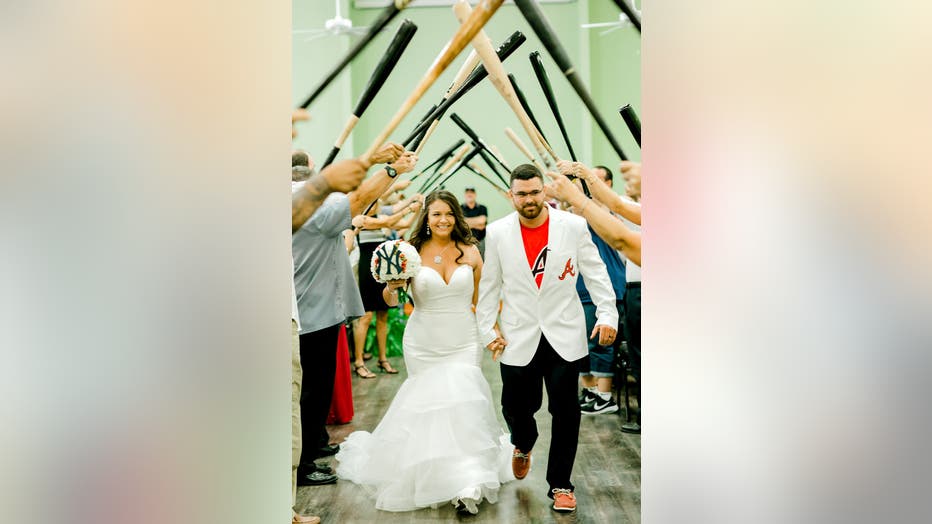 From peanuts and Cracker Jacks to pennant flags and an appropriately themed cake, Nikki Ogden Photography captured every detail of the game. 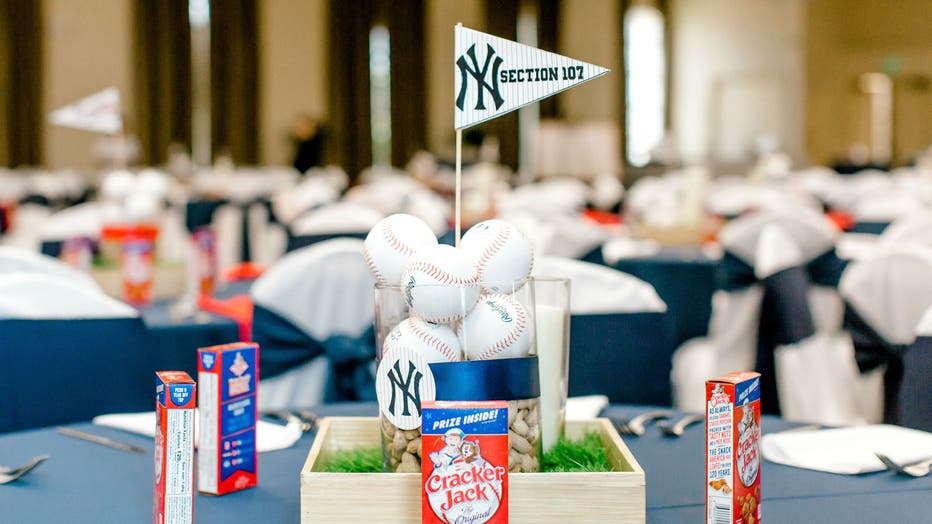 On a placard next to the cake, a quote was written to inspire the couple’s marriage:

“Life will always throw you curves. Just keep fouling them off. The right pitch will come and when it does, be prepared to run the bases! 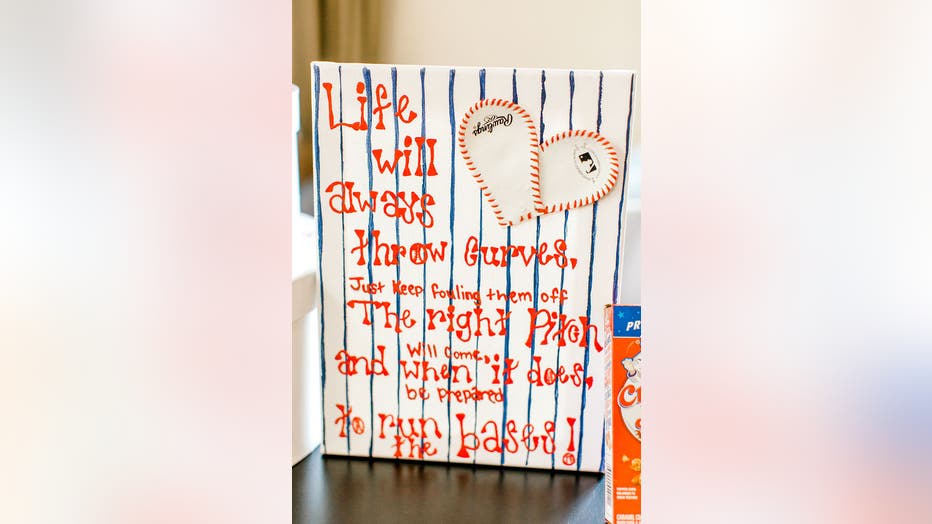