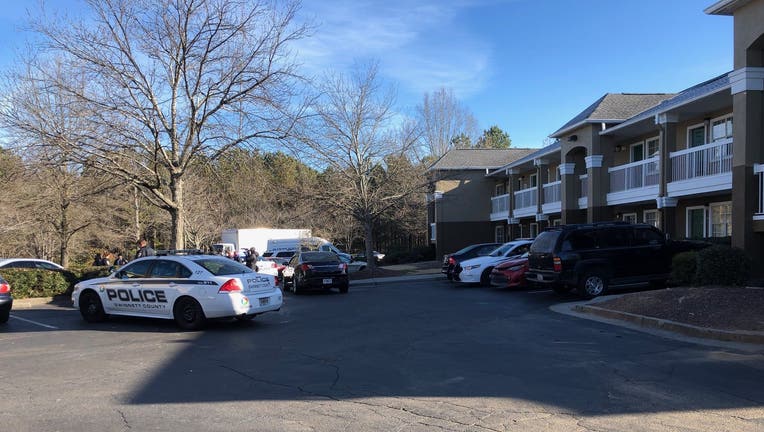 PEACHTREE CORNERS, Ga. - Police in Gwinnett County are searching for witnesses that will lead them to the gunman involved in a deadly shooting at a Peachtree Corners motel early Sunday morning.

It happened at the Home Towne Studies located at 7049 Jimmy Carter Boulevard just off of Interstate 85 sometime before 8 a.m.

Gwinnett County police said when officers arrived, they found a man inside one of the rooms suffering from at least one gunshot wound. The man, later identified as 41-year-old Quantez Williams, died from his wounds.

Investigators believe two men were staying in the room originally, but at some point, called a woman over. That woman then called another man to the room who was also accompanied by another woman, police said.

An argument broke out and one of the two original occupants shot the man before fleeing.

The motive is not yet known.

Investigators are trying to talk to anyone who was staying at the hotel or may have passed by.