The survivor of a hit and run in DeKalb County discusses his recovery.

DEKALB COUNTY, Ga. - A man who was hit by a driver along Interstate 85 is out of the hospital after nearly losing his life on August 14.

Bruce Wood pulled over to the side of I-85 to exchange information with another driver after a small accident.

That's when he said a car came barreling toward him.

"I heard a 'bam, bam,' and I turned around and looked and all I saw was silver at black coming at me full speed," Wood said.

According to a report from DeKalb County police, a witness said he saw a car driving erratically before hitting Wood.

He tried to move out of the way but didn't quite make it.

"I was on the phone with my wife at the time and she kept saying that I was saying 'He broke me. He broke me,'" Wood said. 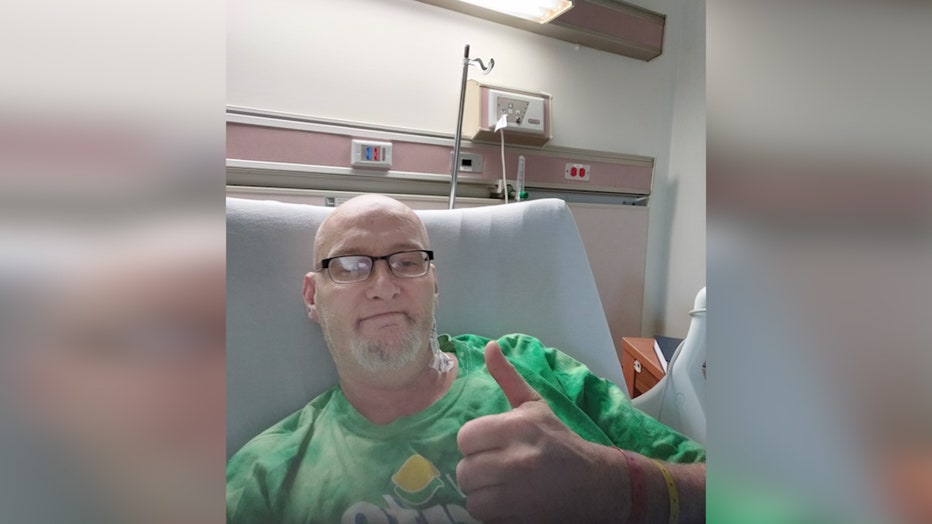 Wood came close to dying twice that day, once in the ambulance and again in the emergency room.

He spent the next three weeks in the hospital, more than half of that time was spent in the ICU.

"Everything from my hip joint to my big toe is crushed. I have titanium plates, screws. The thing that held me up so long was that it crushed such a major limb that it stopped my kidney function," Wood said.

According to the witness, the man who reportedly hit Wood got out, got on the phone, gathered things from the car, then jumped over the median wall.

He reportedly got into a black SUV and left. Police have not been able to find out who he is.

"What person would leave somebody in that kind of pain, that messed up? My life is over the way it was. I'll figure something out. I don't have a choice," Wood said.

Wood said it's a reality that has been difficult to grasp. He is dealing with physical pain but emotional pain as well.

He said his career in construction and his ability to do everyday tasks alone is now out of the question, at least for the time being.

Wood said while he might not remember much from the traumatic day, he hasn't been able to forget the witness who stayed by his side during the aftermath.

"If you're listening to this, please get in touch with me. Because I owe you. You stayed there with me, you made sure nothing happened to anything of mine and whoever you are, I love you," he said.

Doctors and Wood are optimistic he'll be able to walk again but there is still a long road of recovery ahead.

If you'd like to help him out you can donate here.