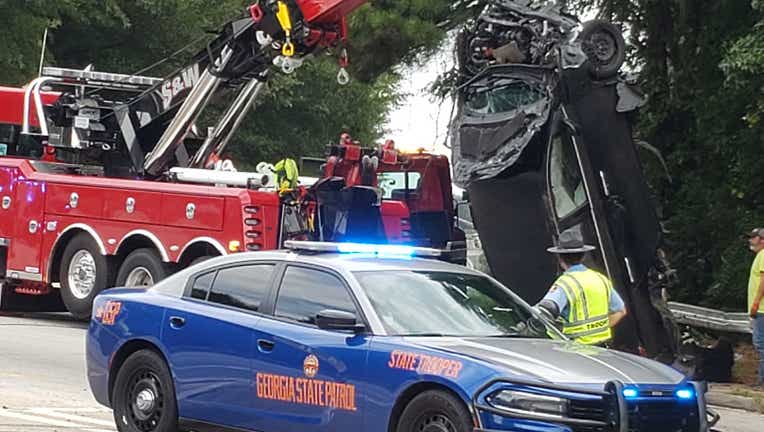 ATLANTA - A high-speed chase on a Interstate 20 ended with two vehicles overturned near an Atlanta intersection on Tuesday.

The Georgia State Patrol says the chase began around 11:35 a.m. after a trooper saw a Nissan Sentra going 93 miles per hour in a 60 mph zone on westbound I-20.

The trooper gave chase and eventually caught up to the vehicle as it exited on Glenwood Avenue. Police say when the driver traveled up the ramp, however, he was going fast enough that he could not turn right and went straight through a red light into the intersection.

The vehicle hit the passenger side of a Nissan Murano, which was going through Glenwood Avenue on a green light at the time.

The impact overturned the Murano, causing it to flip completely over, police say.

The Sentra continued, eventually hitting a guard rail and overturning down the embankment.

Officials have not said the status of any of the drivers or passengers of either vehicle.

The investigation into the crash is ongoing.