Republican candidate for US Senate Herschel Walker has canceled a fundraiser in Texas after its hosts posted a controversial image of syringes in the shape of a swastika as a protest to vaccine mandates.

ATLANTA - Republican candidate for U.S. Senate Herschel Walker has decided to cancel a fundraiser rally in Texas after the host appeared to post a photo of a swastika made from outlines of syringes on her Twitter profile Wednesday.

Walker was scheduled to appear at the Texas home of Bettina Sofia Viviano-Langlais, but has since called off the event. 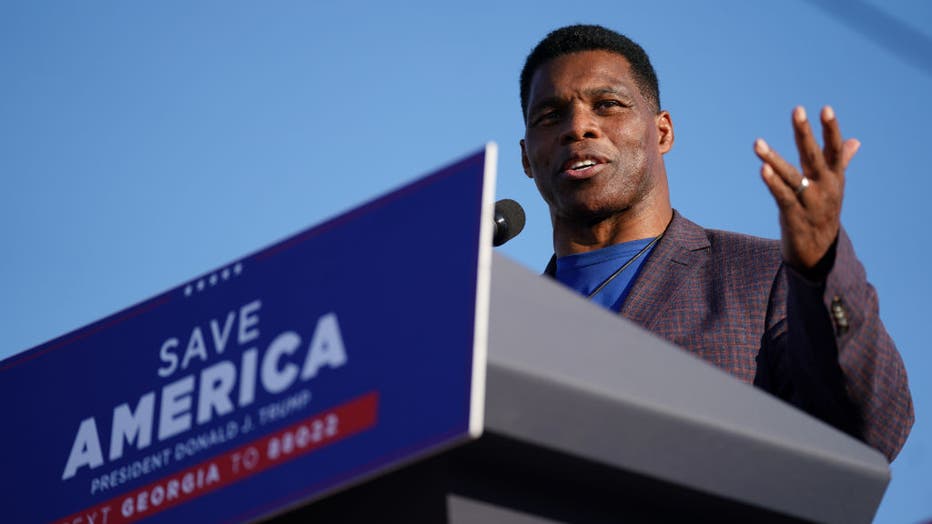 In a statement released Wednesday afternoon, the Walker campaign wrote:

"The previously scheduled event has been called off. Herschel is a strong friend of Israel and the Jewish community and opposes hatred and bigotry of all forms. Despite the fact that the apparent intent behind the graphic was to condemn government vaccine mandates, the symbol used is very offensive and does not reflect the values of Herschel Walker or his campaign."

The photo used by the conservative film producer is commonly used by some on social media to protest vaccine mandates.

Dan Gottlieb, spokesperson for the Democratic Party of Georgia issued a statement in response:

"Herschel Walker defended a swastika and cancelling a fundraiser does not change the fact that he failed to condemn a hateful, antisemitic symbol."