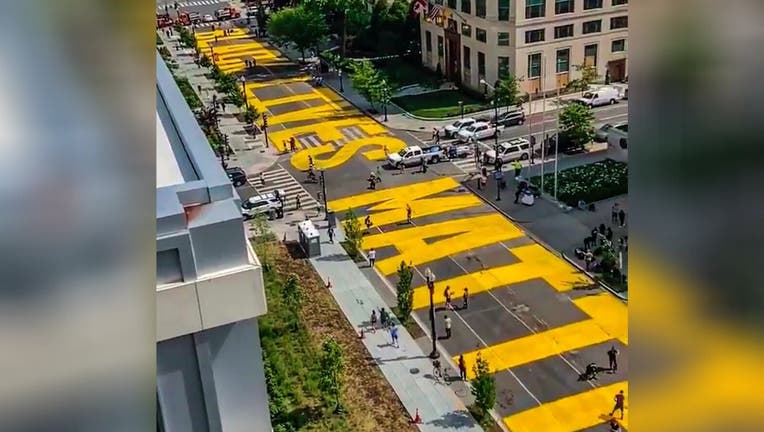 PLANET EARTH - If there are aliens looking at us from outer space, they'd be able to see the massive BLACK LIVES MATTER mural leading to the steps of the White House.

Many, including LeBron James, were quick to applaud the street art.

But some activists, including the local chapter of Black Lives Matter, decried Bowser's art as a "performative" stunt that distracts from the push for reform, including efforts to defund the Metropolitan Police Department.

Massive protests are already underway in the nation's capital. Stay with FOX 5 throughout the day for the latest updates.