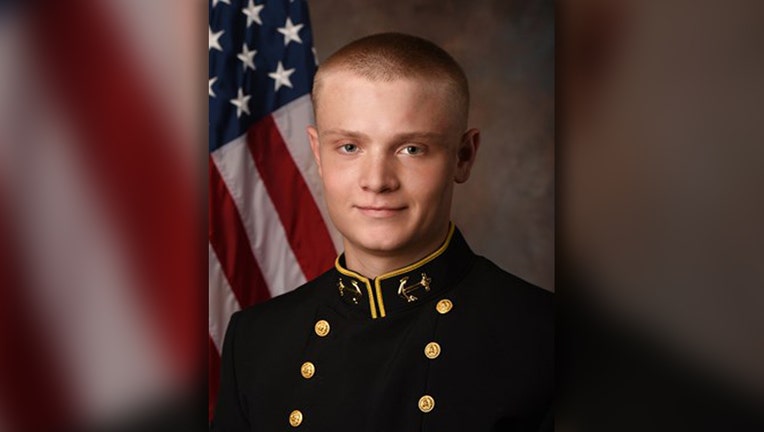 TALLAHASSEE, Fla. - Joshua Watson had just graduated from the U.S. Naval Academy and looked forward to a military career as a pilot. On Saturday, he was being hailed a hero, as his family recounted how the 23-year-old — in his last minutes of life — led first responders to an active shooter at the Pensacola naval base.

"After being shot multiple times he made it outside and told the first response team where the shooter was and those details were invaluable," Adam Watson wrote on Facebook.

"He died a hero," he said, "and we are beyond proud but there is a hole in our hearts that can never be filled."

The anguish spread from Pensacola and into communities across the country, as fellow Americans shared in the shock and grief of Friday's shooting that left four people dead, including the shooter, and eight others injured.

It hit particularly hard in Enterprise, Alabama, where Watson's family was preparing Saturday morning to drive 130 miles to the military base in Florida's Panhandle.

In an account he shared earlier with the Pensacola News Journal, his son was shot at least five times. Though wounded, the young officer flagged down first responders and described the shooter.

"He died serving his country," the elder Watson said of his son.

Benjamin Watson told the News Journal that his son had reported to Pensacola two weeks ago for flight training to live out his dream of becoming a Navy pilot.

Adam Watson wrote nostalgically of his brother, who also went by his middle name Kaleb.

"When we were little I gave Kaleb the name little poot and it stuck. It eventually evolved into pootis and finally uncle poot," he wrote on Facebook. “Just wish I could talk to him one more time or wrestle with him one more time even though he could probably take me now.”