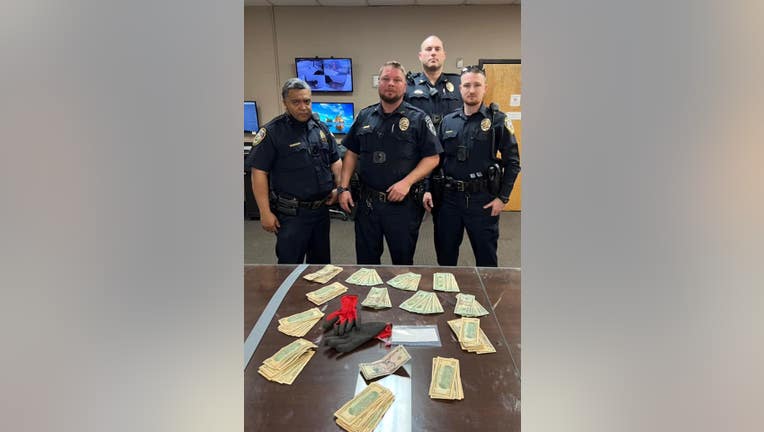 HAPEVILLE, Ga. - Police in Hapeville have commended the quickness of their officers after they stopped a bank robbery suspect less than two minutes after the robbery.

Officials say at around 10:12 a.m. Thursday, the Hapeville Police Department received a 911 call from Regions Bank saying they had just been robbed.

Officers responded to the scene and had the suspect in custody in just 1 minute and 6 seconds.

The Hapeville Police Department shared a photo of the officers and the recovered money on their Facebook.

Officials have not released any information about the suspect's identity or what they may be charged with.