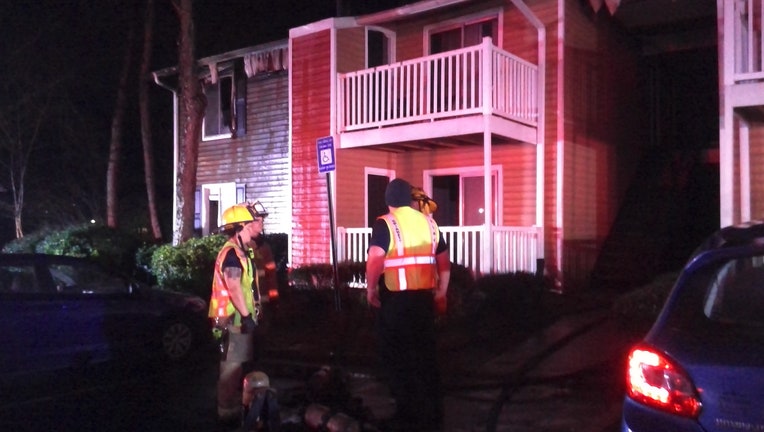 GWINNETT COUNTY, Ga. - Gwinnett County fire investigators are determining the cause of an early-morning blaze at an apartment complex.

Officials said firefighters were on-scene at Sterling Glen Apartments off of Indian Trail-Lilburn Road in incorporated Norcross on Saturday morning.

Investigators said residents of the building self-evacuated and did not report injuries.

Officials said crews saw flames and smoke on the left side and in the attic of a building.

The flames broke through the roof as crews battled the blaze, officials said.

Firefighters used a fire attack hose to keep flames from spreading to the right side of the building.

The American Red Cross of Georgia and apartment management are assisting the victims displaced by the fire, officials said.