Sheriff Kebo Taylor's family, friends, and colleagues gathered at the Gwinnett Justice Center in Lawrenceville to witness the historic occasion over the weekend.

The ceremony was supposed to happen last year but had to be rescheduled when Taylor tested positive for COVID-19.

The new sheriff says he hopes to inspire and connect with the county's youth through future programs.

On his first day in office, Taylor ended Gwinnett County's participation in a program that gave deputies the authority to act as immigration agents. 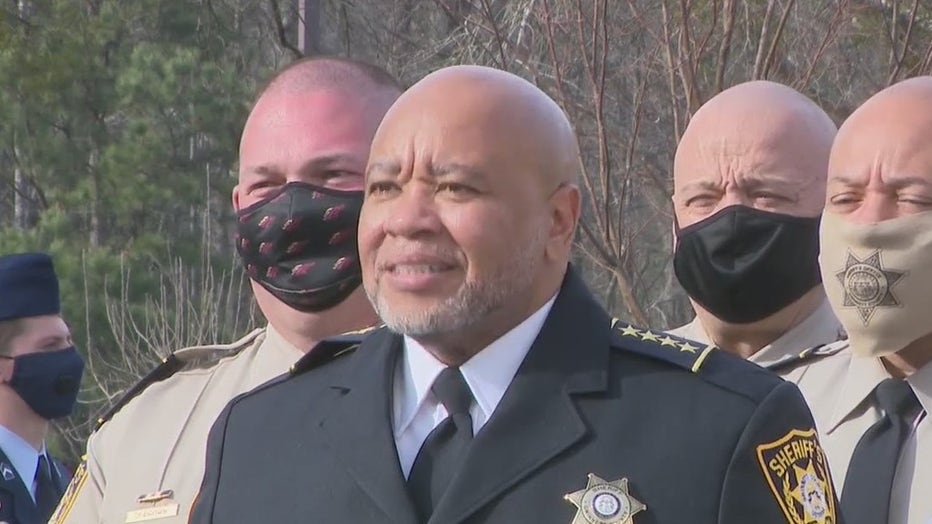 The announcement marks a significant change of approach for law enforcement in the county, which has one of the state’s largest populations of people who are living in the country illegally.

The sheriff, who is the first Democrat elected to the position since 1984, also announced a team of deputies that is majority-minority and unveiled new anti-human trafficking and gang initiatives.

"My vision is an inclusive vision," Taylor said. "I want to make sure that we connect back into communities, where they have not had that type of law enforcement representation."

Taylor is one of eight African-American metro Atlanta sheriff's elected or re-elected to office in 2020.