Gwinnett County investigators are searching for the person who threw a brick at a Black man walking along the road.

GWINNETT COUNTY, Ga. - A Gwinnett County man will need to undergo surgery after he was hit in the mouth with a rock thrown out of a car. According to a Gwinnett County Police Department report, this could fit the classification of a hate crime. Michael Kamah-Kanu said he believes he might have been targeted because of his race.

He said he was walking to the QuickTrip less than a mile from his home when the incident happened.

“The next thing I know, I just saw a rock from the passenger side hit me and I fell down on the floor, blacked out for a few minutes. When I got back my consciousness I realized what I was bleeding," Kamah-Kanu said.

He said he got up and ran back to his home. He was scared the person who threw the rock would come back. His face was covered in blood. Several teeth were missing and a part of his upper lip was ripped off. 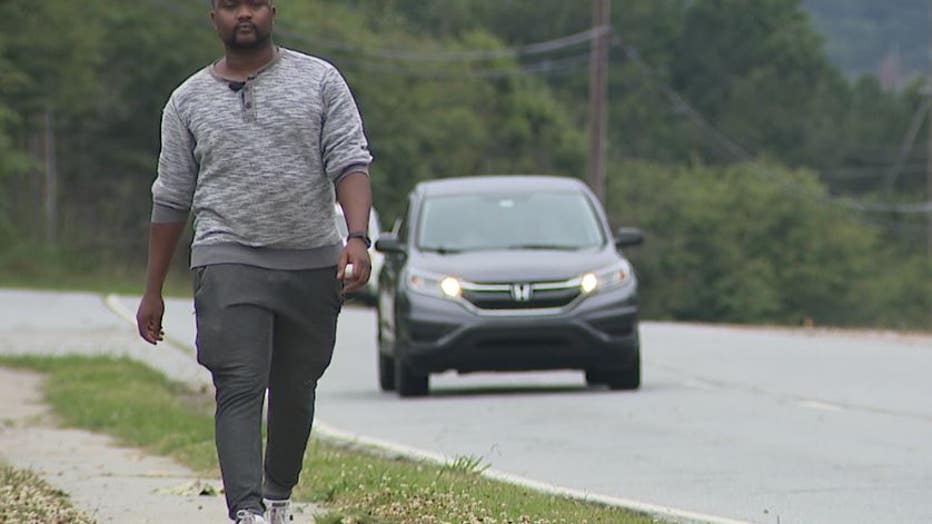 Kamah-Kanu said the days immediately following the attack were difficult.

He said he cannot eat solid foods and won't be able to until he's done healing from his surgeries later this month.

He filed a report with the police. However, Kamah-Kanu was told it would be difficult to find the suspects, due to the vague description and lack of surveillance video.

Kamah-Kanu said a white man in a red car threw the rock out of the window from the passenger's seat.

Kamah-Kanu has set up a GoFundMe to help pay for medical expenses.