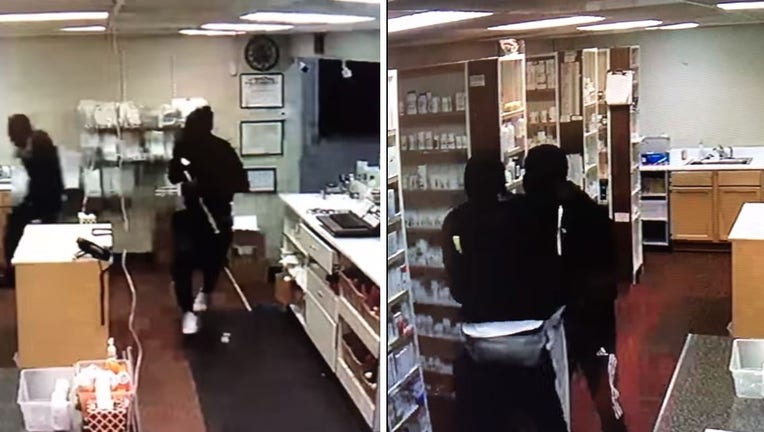 GRIFFIN, Ga. - Investigators are asking the public to help them catch two suspects involved in a burglary at a Griffin pharmacy.

Officials say the suspects broke into Hospital Discount Drugs on South 8th Street in the overnight hours of June 6 and 7.

The security cameras caught the two individuals running through the area of the pharmacy where medication is stored. Police have not said what the suspects stole in the burglary.

According to police, the suspects wore gloves and masks and the only thing that stood out is their white tennis shoes with a black Nike swoosh.

If you have any information that could help identify either suspect, please call investigators at 770-229-6450, ext. 507.