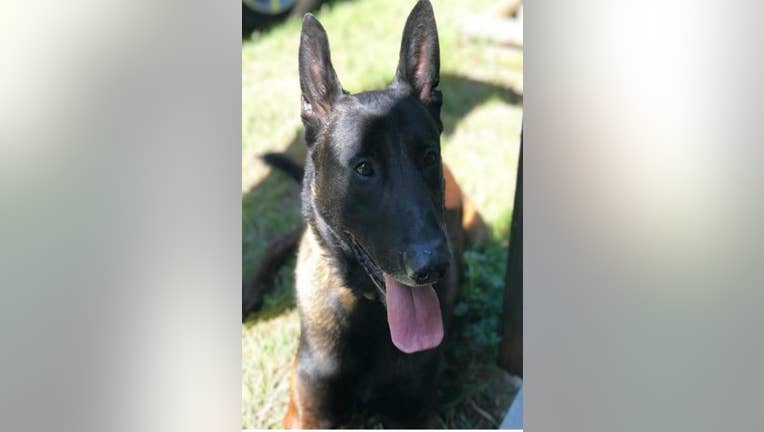 GRIFFIN, Ga. - The Griffin Police Department is morning the loss of one of its loyal K-9 officers.

Buddy was born Sept.15, 2016, and joined the Griffin Police Department in August 2018 as a member of the K-9 Unit on the Criminal Apprehension and Gang Enforcement Unit and Special Investigation Unit.

Buddy was trained in narcotics, tracking and apprehension. He played a role in a 2020 bust that took $94,215.90 worth of narcotics off of the streets. Buddy recently apprehended an armed suspect safely after they fled into the woods trying to evade arrest.

On Buddy's final day of work, he helped police confiscate 4.4 grams of methamphetamine and arrest the driver of the car on charges of intent to distribute.

Police spokesperson Laurie Littlejohn offered a tribute to Buddy in an official statement:

"K-9 Buddy, you can now stand down, we will hold the line from here!"