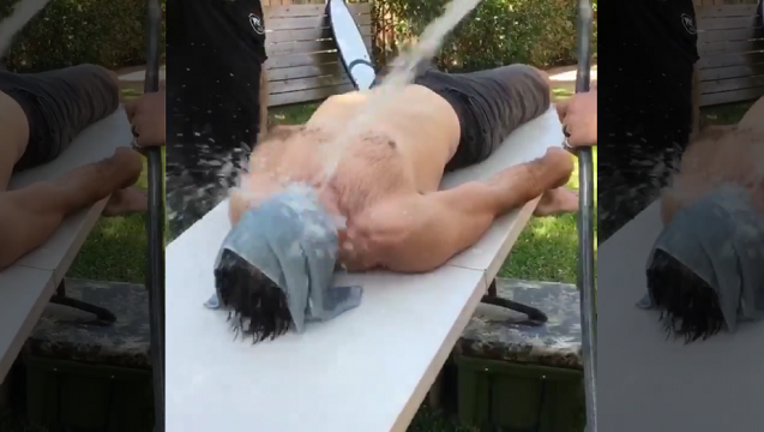 Green Beret Tim Kennedy waterboarded himself in support of President Trump's nomination of Gina Haspel for CIA director and in an effort to prove that the interrogation method, which he calls "a baptism in freedom," isn't torture.(Tim Kennedy)

(FOX NEWS) -- Green Beret and former UFC fighter Tim Kennedy waterboarded himself on Saturday to help prove that the controversial interrogation technique is not torture amid debate on Capitol Hill about President Trump’s pick to lead the CIA.

Kennedy said in the 41-minute video that he hoped to show that nominee Gina Haspel has been wrongly criticized for her role in "enhanced interrogation techniques" at a CIA black site.

He called Haspel an "amazing hero" who is being unfairly attacked.

More than 100 former U.S. ambassadors who served both Republican and Democratic presidents sent the Senate a letter last week opposing Haspel, saying that despite her credentials, confirming her would give authoritarian leaders around the world the license to say U.S. behavior is “no different from ours.”