He made the announcement on Tuesday.

“Our people every day work side by side without regard to the color of their skin, of their fellow mate, or the religion that their co-worker might adhere to,” Deal said. “They are simply trying to make life better for themselves, their families, their community. That is the character of Georgia. I intend to do my part to keep it that way. For that reason, I will veto House Bill 757.”

Governor Deal said religious protections are best left to the First Amendment and said Georgia is a welcoming state.

House Bill 757 protects religious leaders from having to perform marriage ceremonies or other rites which conflict with their religious beliefs.

"I do not think that we have to discriminate against anyone to protect the faith based community in Georgia," said Deal.

The governor went on to comment on the negativity that has surrounded the controversial bill.

Deal said the people of Georgia deserve a leader who will make sound judgments based on solid reasons that are not inflamed by emotion.

Governor Deal's full statement on the decision to veto HB 757:

The decision surrounding HB 757 has generated more intense feelings that most legislation, perhaps because it has highlighted the concerns of many in our religious communities regarding the actions of federal courts, especially the United States Supreme Court in its 5-4 opinion last summer which legalized same sex marriage. (Obergefell v. Hodges, 576 U.S. ____(2015)).

HB 757 enumerates certain actions that religious leaders, faith-based organizations and people of faith shall not be required to take or perform. These include solemnizing a marriage, attending such marriages, hiring church personnel or renting church property when such acts would be contrary to their sincerely held religious beliefs. While most people would agree that government should not force such actions, there has not been a single instance of such taking place in Georgia. If there has been any case of this type in our state it has not been called to my attention. The examples being cited by the proponents of this bill have occurred in other states that have very different laws than Georgia.

One example that is used is the photographer in New Mexico who refused to photograph a same sex marriage (Elane Photography, LLC v. Willock, 309 P. 3d53 (2013)).  That state has a Religious Freedom Restoration Act, but it was not applicable. It was the New Mexico Human Rights Act that determined the results in that case. Georgia does not have a Human Rights Act.

Therefore, as I have examined the protections this bill seeks to provide to religious organizations and people of faith I can find no examples that any of the things this bill seeks to protect us against have ever occurred in Georgia. It is also apparent that the cases being cited from other states occurred because those state had passed statues that specifically protected their citizens from adverse actions based on their sexual orientation. Georgia has no such statues.

HB 757 appeared in several forms during the recent session of the Georgia General Assembly. I had no objection to the “Pastor Protection Act” that was passed by the House of Representatives. The other versions of the bill, however, contained language that could give rise to state-sanctioned discrimination. I did have problems with that and made my concerns known as did many other individuals and organizations, including some within the faith based community.

I appreciate the efforts of the General Assembly to address these concerns and my actions today in no way disparage their motivations on those who support this bill, Their efforts to purge this bill of any possibility that it will allow or encourage discrimination illustrates how difficult it is to legislate on something that is best left to the broad protections of the First Amendment of the United State Constitution. That may be why our Founding Fathers did not attempt to list in detail the circumstances that religious liberty embraced. Instead, they adopted what the late Supreme Court Justice Scalia referred to as “negative protection.” That is, rather than telling government what it can do regarding religion, they told government what it could not do, namely, “establish a religion or interfere with the free exercise thereof.” They had previously proclaimed in the Declaration of Independence that Man’s Creator had endowed all men “with certain unalienable rights,” including “Liberty” which embraces religious liberty. They made it clear that those liberties were given by God and not by man’s government. Therefore, it was unnecessary to enumerate in statue or constitution what those liberties included.

In light of our history, I find it ironic that today some in the religious community feel it necessary to ask government to confer upon them certain rights and protections. If indeed our religious liberty is conferred by God and not by man-made government, we should need the “hands-off” admonition of the First Amendment to our Constitution. When legislative bodies attempt to do otherwise, the inclusions and omissions in their statues can lead to discrimination, even though it may be unintentional. That is too great a risk to take.

Some of those in the religious community who support this bill have resorted to insults that question my moral convictions and my character. Some within the business community who oppose this bill have resorted to threats of withdrawing jobs from our state. I do not respond well to insults or threats. The people of Georgia deserve a leader who will made sound judgments based on solid reasons that are not inflamed by emotion. That is what I intend to do.

As I've said before, I do not think we have to discriminate against anyone to protect the faith-based community in Georgia of which my family and I are a part of for all of our lives. Our actions on HB 757 are not just about protecting the faith-based community or providing a business-friendly climate for job growth in Georgia. This is about the character of our State and the character of its people. Georgia is a welcoming state filled with warm, friendly and loving people. Our cities and countryside are populated with people who worship God in a myriad of ways and in very diverse settings. Our people work side-by-side without regard to the color of our skin, or the religion we adhere to. We are working to make life better for our families and our communities. That is the character of Georgia. I intend to do my part to keep it that way. 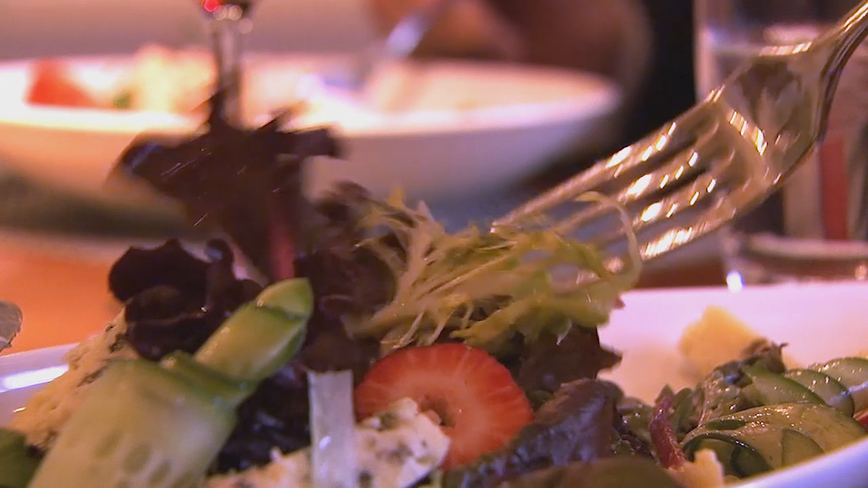