ATLANTA - Gov. Brian Kemp signed Georgia’s amended fiscal year 2020 budget that will dip into the state’s rainy-day fund for $100 million that can be spent to combat COVID-19.

The House and Senate both overwhelmingly voted in favor of a conference report resolving their differences on House Bill 792, sending it to immediately to the Republican Kemp for his signature or veto on Friday. That bill was signed by Gov. Kemp Tuesday.

"Over several months, I have worked closely with lawmakers to develop an amended fiscal year 2020 budget that reflects our priorities, reduces red tape in government, prioritizes public safety, and puts Georgia families first," Governor Kemp was quoted as saying in a release to FOX 5 News. "This budget includes $100 million in emergency funding to fight COVID-19 in the weeks ahead as we continue to see more cases in communities across Georgia, and I applaud the General Assembly's strong support in these difficult times. Together, we will continue to fight for Georgians to ensure a safe, prosperous future for all." 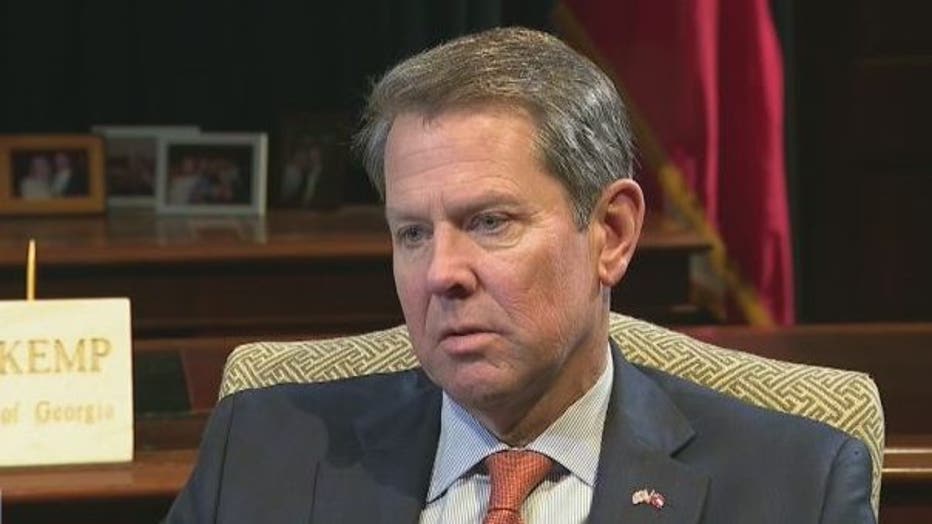 The $100 million will come from the state’s $2.8 billion in reserves and go to the governor’s emergency fund. Lawmakers said Georgia could use the money to provide a match for federal funds as well as for other state spending. England said there’s an additional $5 million provided to rural hospitals as well to pay for effects of the new coronavirus.

Despite the new money, the plan still cuts $159 million from other spending in the state budget year that runs through June 30.

Spending cuts followed a slowdown in state revenue that began after lawmakers cut Georgia’s top income tax rate. Kemp ordered more than $200 million in midyear reductions, but the total cut will be smaller because the first-term Republican did not order cuts to most education and Medicaid spending, and those programs continue to grow with Georgia’s population.

Compared to earlier proposals from Kemp, the final plan restores money for county health departments and adds $1.5 million for an expansion project at Middle Georgia Regional Airport in Macon. The conference report increases money for state troopers, but not by as much as the Senate wanted.

Lawmakers also shifted money around to increase funding for the Georgia Bureau of Investigation’s crime lab, money for preparing physicians and other health professionals, public defenders and the Department of Agriculture food inspectors. More than $30 million was shifted to prevent cuts to mental health and behavioral health programs, and lawmakers insisted on preserving money for local public libraries to buy books and other materials.

Amid growing concerns of a wide-spread coronavirus outbreak, the Georgia General Assembly suspended its 2020 legislative session indefinitely starting after Friday, but was in a special session Monday to ratify Gov. Kemp’s Public Health State of Emergency for the novel coronavirus. The order temporarily gives the governor and state health officials more leeway to relax some regulations and institute others to combat the virus.