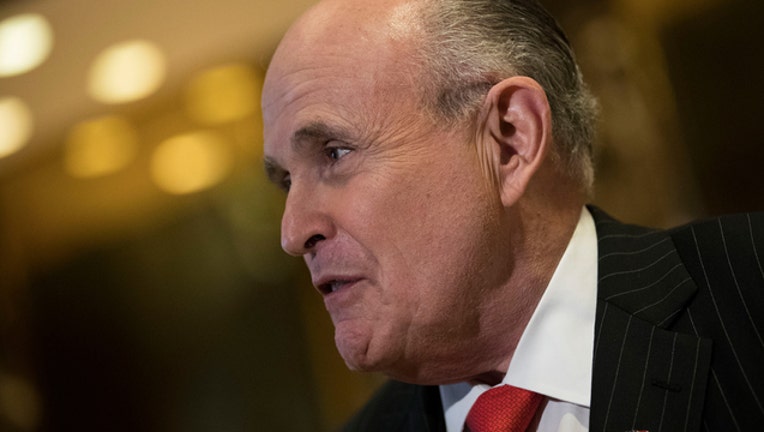 The former New York City mayor is embracing his client's preferred approach to challenges as he mounts Trump's defense through the media. But it's proving to be a bewildering display.

In an interview Sunday with ABC's "This Week," Giuliani dismissed as rumor his own statements about Trump's payment to adult-film actress Stormy Daniels, said he can't speak to whether the president lied to the American people when he denied knowledge of the silencing agreement and wouldn't rule out the president asserting his Fifth Amendment right against self-incrimination in the Russia investigation. Giuliani also couldn't say whether Trump's personal lawyer, Michael Cohen, had made similar payments to other women on the president's behalf.

Giuliani said despite Trump's openness to sit down with special counsel Robert Mueller in the Russia investigation, he would strongly advise Trump against it.

"I'm going to walk him into a prosecution for perjury like Martha Stewart?" Giuliani asked, referring to the lifestyle maven convicted in 2004 of lying to investigators and obstruction in an insider trading case.

Giuliani couldn't guarantee that Trump wouldn't end up asserting his constitutional right to refuse to answer any questions that might incriminate him.

"How could I ever be confident of that?" Giuliani said.

During a 2016 campaign rally, Trump disparaged staffers of his Democratic opponent, Hillary Clinton, for taking the Fifth during a congressional investigation into Clinton's use of a private email server as secretary of state.

Giuliani also suggested that Trump wouldn't necessarily comply with a subpoena from Mueller, whose investigation Trump has repeatedly labeled a "witch hunt."

A subpoena fight would likely find its way to the Supreme Court, which has never firmly decided whether presidents can be compelled to speak under oath.

Giuliani's aggressive defense of the president in recent weeks has pleased Trump but exasperated White House aides and attorneys and left even supporters questioning his tactics.

"It seems to me that the approach last week of the Trump team plays into the hands of Mueller's tactic to try, at any cost, to try to find technical violations against lower-ranking people so that they can be squeezed," Alan Dershowitz, a Harvard law professor who has informally counseled the president, said on NBC's "Meet the Press."

Giuliani, who was hired by Trump last month, said he's still learning the facts of the Mueller case and the details of Trump's knowledge of the payment to Daniels, who has alleged a sexual tryst with Trump in 2006. The $130,000 payment was made by Cohen days before the 2016 election, raising questions of compliance with campaign finance and ethics laws.

When Trump was asked last month aboard Air Force One if he knew about the payment to Daniels, he said no. Trump also said he didn't know why Cohen had made the payment or where he got the money.

Kellyanne Conway, a counselor to the president, said Sunday on CNN's "State of the Union" that Trump meant that he didn't know about the payment at the time it was made, not at the time the question was asked.

Giuliani said last week that Trump had reimbursed Cohen for that payment and other unspecified items.

Giuliani said then that he first made Trump aware of the payment shortly after joining the case but now says he doesn't know when Trump found out about it. Giuliani told BuzzFeed last week that Cohen had complained after the election about not being paid by Trump for his work in silencing Daniels and that Cohen and Trump then met to work out a $35,000 monthly retainer.

Trump said Friday that Giuliani needed to "get his facts straight" but insisted they weren't changing their story. He has called Daniels' allegations of an affair "false and extortionist."

When asked Sunday whether Trump knew about the payment to Daniels after the campaign, Giuliani demurred.

"I can't prove that. I can just say it's rumor," Giuliani said.

Giuliani also said he wasn't sure whether Cohen had paid off any other women for Trump but indicated it was possible.

"I have no knowledge of that, but I would think if it was necessary, yes," Giuliani said.

Cohen no longer represents Trump, Giuliani said, adding that it would "be a conflict right now." Cohen faces a criminal investigation in New York, where FBI agents raided his home and office several weeks ago seeking records about the Daniels nondisclosure agreement and other matters.

Michael Avenatti, Daniels' attorney, said Sunday on "This Week" that he thinks it's "obvious ... to the American people that this is a cover-up, that they are making it up as they go along."

Legal experts have said the revelation that Trump reimbursed Cohen raises new questions, including whether the money represented repayment of an undisclosed loan or could be seen as reimbursement for a campaign expenditure. Either could be legally problematic.

Both Giuliani and Trump have insisted the payment to Daniels was not a campaign expense.

Giuliani maintained Sunday that the payment can't be considered an in-kind campaign contribution because there was another explanation for it.

"This was for another purpose, to protect him, to protect his family," he said. "It may have involved the campaign. Doesn't matter."

Giuliani said the financial arrangement with Cohen wasn't revealed on Trump's 2017 personal financial disclosure because "it isn't a liability, it's an expense." 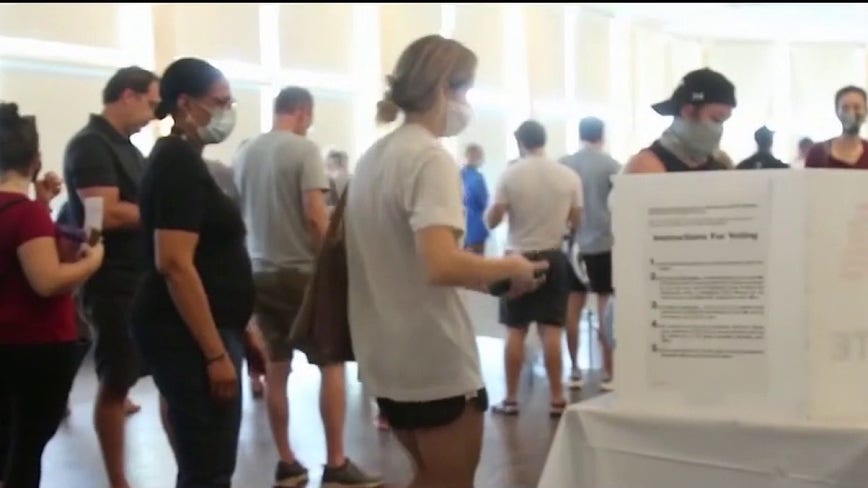