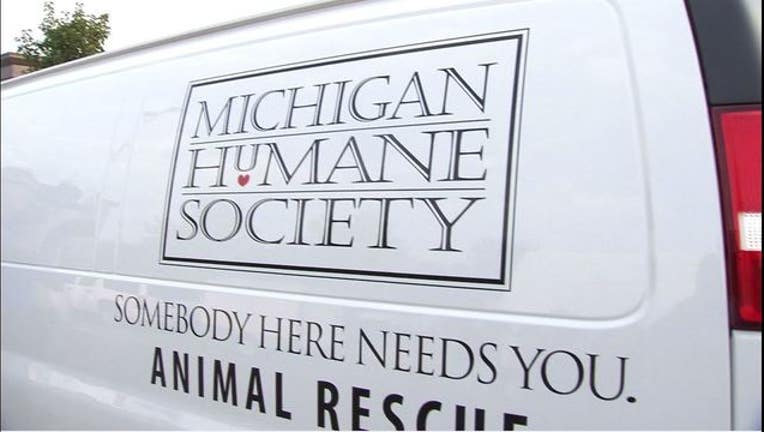 DETROIT (FOX 2) - The Michigan Humane Society is looking for information about who tied a German Shepherd to a chain link fence in Detroit with an electric cord - and then shot the dog to death.

The cruelty investigations team discovered the dog's body behind the garage of a home on the 5200 block of Devonshire on Detroit's east side.

According to MHS, the German Shepherd had been tied up with an electrical cord a few inches off the ground. Then the dog had been shot several times.

A necropsy (animal autopsy) was performed and it was determined the dog was still alive when it was tied to the fence and then shot.

"After talking with potential witnesses we learned that less than 10 days prior, witnesses heard a dog screaming and then gunshots from the area which the dog was found," Michigan Humane investigator Sarah Schertel said in a statement.

MHS is offering a $2,500 reward for information that leads to the arrest and conviction of whoever is responsible for the extreme cruelty.

Michigan has recently enacted a law that enforces harsher penalties for anyone convicted of animal cruelty - and if someone is convicted, they could get ten years in prison.

At this time, Michigan Humane is seeking any information on this case in order to prosecute those responsible for this heinous crime. Community members can provide information 7 days a week via the Michigan Humane Society cruelty hotline at 313-872-3401. People can also contact Crime Stoppers of Michigan at 1-800-SPEAKUP (773-2587).