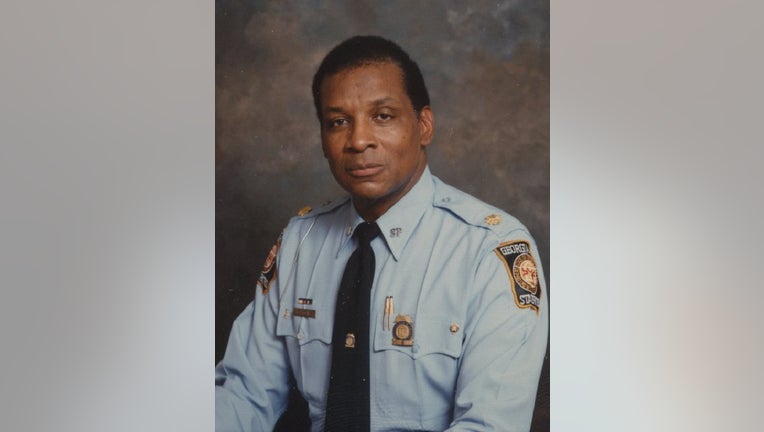 ATLANTA - The Georgia State Patrol is honoring the life of one of their own who not only broke barriers but also came to exemplify the absolute best of the Georgia Department of Public Safety.

Major Hightower retired with distinction as the Division Director of Driver Services in 1998 after 28 years of service.

Hightower started his career with the Georgia State Patrol on July 13, 1970. Not one to settle to just be a trooper, Hightower spent his off-hours studying at Atlanta Law School and received an Associate of Arts Degree in Police Administration in 1976 from DeKalb Community College. Six years later, he received a Bachelor of Science Degree in Criminal Justice Administration from Brenau College. In 1985, he received a Master of Science in Executive Decision-Making from Atlanta University and later completed the Level V Management Series, State Merit System at the University of Georgia.

'THANK YOU FOR YOUR SERVICE': HAMPTON OFFICER SAVES 2 LIVES IN 8 DAYS

His continued devotion to furthering his education in his field earned him a promotion to corporal in 1974, serving as Assistant Post Commander at Post 9 in Marietta. Four years later he was transferred to Atlanta Headquarters and designated as Supervisor and Coordinator of the Statewide Driver Improvement Program.

By 1979, Hightower was prompted to sergeant and became a Certified Grievance Hearing Officer for the Georgia Merit System for 17 years. Within 2 years, he was promoted again, this time to lieutenant before becoming the supervisor of the Insurance Services Section in April 1987.

Hightower continued to climb in the ranks. In June 1989 he became supervisor of the Driver’s License Section and the following year became a captain. Just four years later, he became Division Director of the Driver Services Division and was promoted for his efforts there in 1995 to major.

Major Hightower retired from the Department of Public Safety in 1998.

Despite retiring from GSP, he didn’t retire from public service becoming the Driver’s License consultant and liaison between DPS and the Georgia General Assembly.

In 2001, Driver Services was transferred from DPS to the newly created Department of Motor Vehicle Safety, now the Department of Driver Services . He was appointed by the Speaker of the House, Tom B. Murphy, to serve as the Sergeant of Arms/Doorkeeper for the Georgia General Assembly, House of Representatives until 2004.

Hightower also served as a Civil Disorder Mediator and Conciliator in the State of Georgia for 19 years. He also provided executive security detail for Judges, Reverend Martin Luther King, Sr. and his family, and government officials for over 34 years. During the 1996 Olympic Games, he was the Venue Commander at the Joint Coordinating Center in Atlanta.

Hightower received numerous awards and served on the Board of Directors, Chairman for the Department of Public Safety Credit Union, and Chairman of the Finance Committee for the American Association of Motor Vehicle Administrators in the United States of America

Major Hightower was survived by his wife of 58 years, Betty Jean Wright, their two children, and three granddaughters.

He is a member of Hoosier Memorial United Methodist Church in Atlanta and Kappa Alpha Psi Fraternity, Inc.

Funeral services for Major Hightower will be Saturday, Sept. 26 at New Calvary Missionary Baptist Church in Atlanta. The Georgia State Patrol will pay a final tribute to Major Robert Hightower during his funeral where troopers from Troop C will provide a funeral escort for the family and the GSP Honor Guard will serve as pallbearers.