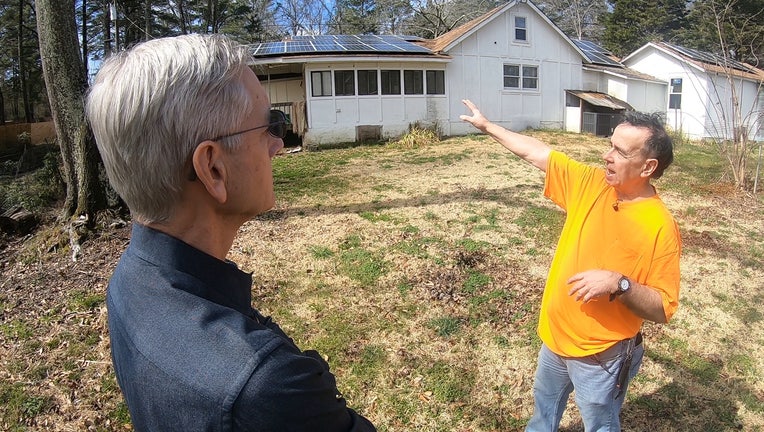 Disabled veteran Charles Schwable doesn't pay federal taxes. So why did a solar power sales representative price his system as if he qualified for a big tax credit?

TEMPLE, Ga. - Powering your home with the sun is not cheap.

To help bring the costs down for home solar, Congress approved a big 26% tax credit — money you get directly back on your taxes.

A hidden camera FOX 5 I-Team investigation showed how some companies leave customers wrongly thinking they qualify. And by the time they learn the truth, it’s too late to cancel.

But a hidden camera FOX 5 I-Team investigation showed how some companies leave customers wrongly thinking they qualify. And by the time they learn the truth, it’s too late to cancel.

"I hate a liar," complained Charles Schwable. "It feels like you got taken to the cleaners."

Last year the 60-year-old disabled veteran searched online for information about solar power. An ad popped up for Solar Titan USA out of Knoxville, Tennessee. 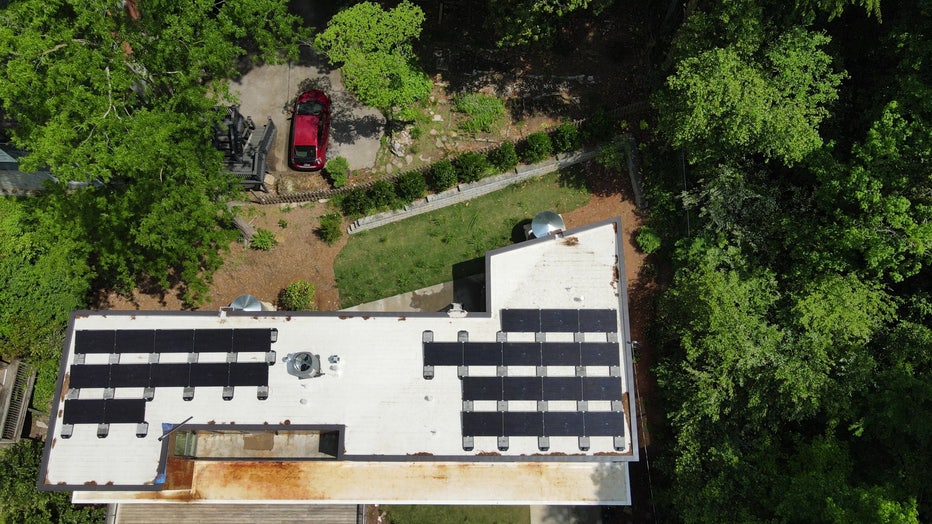 Home solar customers can get back 26% of the installation cost as a tax credit the following year. Only catch: you have to pay that much in federal taxes.

A sales rep visited Schwable’s Temple, Georgia home and talked up how solar power would reduce his power bill.

"He told me guaranteed it would be reduced by 90 percent," Schwable remembered. "Then he jumped into the tax incentive."

It’s a federal tax incentive that allows homeowners to get back 26% of the total cost of installing solar panels and other equipment when they file their taxes the following year.

But he said he would quickly learn two frustrating lessons: his system wasn’t saving him 90% on his electric bill.

And he didn’t qualify for any of that 26% tax credit. You only get that money if you pay at least that much in federal taxes.

Schwable doesn’t have any taxable income.

"They know I was a disabled veteran," he maintained. 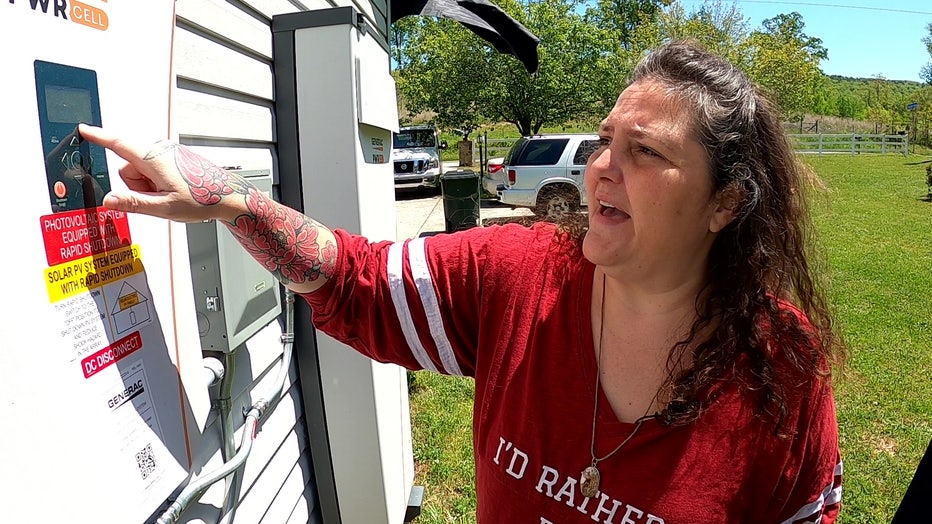 Amie Tatro said she and her disabled war veteran husband would never have agreed to buy a $91,000 home solar system if she knew they didn't qualify for the federal tax credit. They don't.

Same thing happened to Amie and Nathan Tatro in LaFayette. When they agreed to pay Power Home Solar $91,000, they say the salesman promised they’d get that full tax credit — more than $23,000 — to lower the cost.

"They’re wrong," Amie said. "My husband is a disabled veteran. We don’t have tax liability."

But just like Schwable, the Tatros didn’t discover they weren’t eligible until it was too late to cancel their deal.

Both did sign contracts that warn the tax credit is not guaranteed. Amie and Nathan’s had it on page 7.

The warning was on page 8 of a 27-page packet that Schwable got.

They all insist it was never clearly explained.

The FOX 5 I-Team asked Amie if they would have still bought the system if they knew they didn’t qualify for the tax credit.

"Absolutely not," she insisted.

Could they really be confused about the tax credit rules? 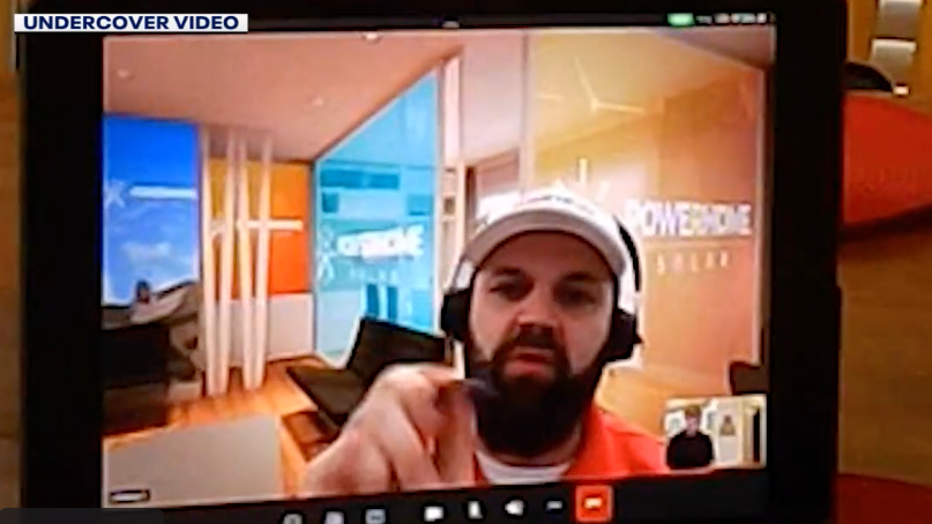 This Power Home Solar senior account manager misled our producer about the federal tax credit. The company said he was later fired.

We invited both companies to a house outfitted with hidden cameras to hear what each said about the solar tax credit.

Sales rep: Now the only qualification you need is to pay federal taxes.

Us: I’m on disability.

Sales rep: So you still file taxes at the end of the year?

Sales rep: That’s all that matters.

It’s not all that matters. In order to keep a low monthly payment, companies like Power Home Solar require you turn over the entire tax credit to the finance company within the first 18 months.

But remember, you can only qualify for that full credit if you pay that much in federal taxes that year. 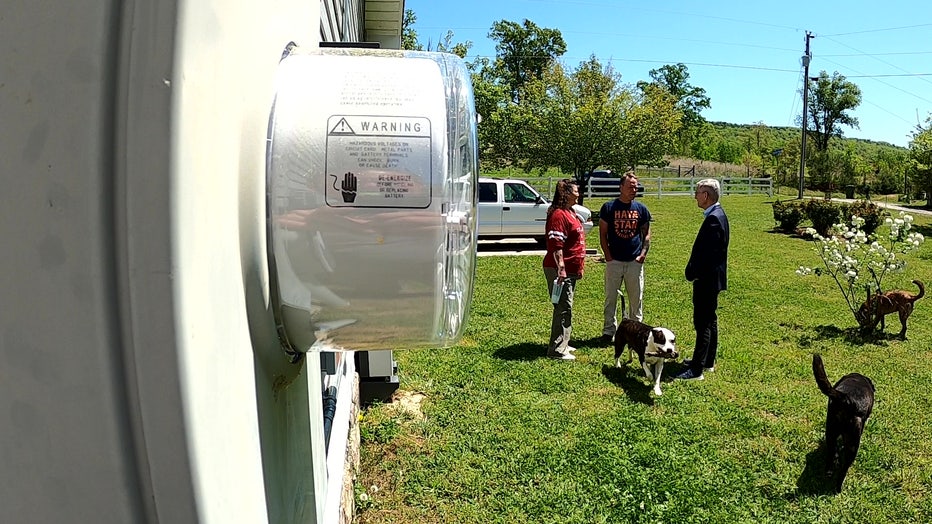 Power Home Solar agreed to cancel the Tatro's contract and remove their system because of a "rather significant miscommunication" from their sales rep.

"They don’t explain it accurately," complained Amie. "They’re just telling you that it’s a guaranteed, something that you’re going to get."

Power Home Solar says it fired our salesman, and, because of other complaints across the country, they are now putting new systems in place to monitor sales staff to make sure they’re telling customers the truth.

And it agreed to remove the Tatro’s system for free, cancel their contract, and refund any payments they’ve already made.

Our undercover producer also told Solar Titan USA she was on disability. The sales rep never warned her that might make her ineligible for the tax credit.

"They’re giving you a check back for that amount of money because it’s off the top," he explained. "The 26% off the top."

Charles Schwable appears to be stuck with the deal he made with Solar Titan USA, even though he said he was led to believe he’d get the tax credit.

A spokesman for Solar Titan USA wrote "we are not tax experts and cannot make claims to who does and does not qualify."

The company believes there are enough warnings in their contract — and the one from the finance company — to protect their customers, even if the sales pitch may have been far too sunny.