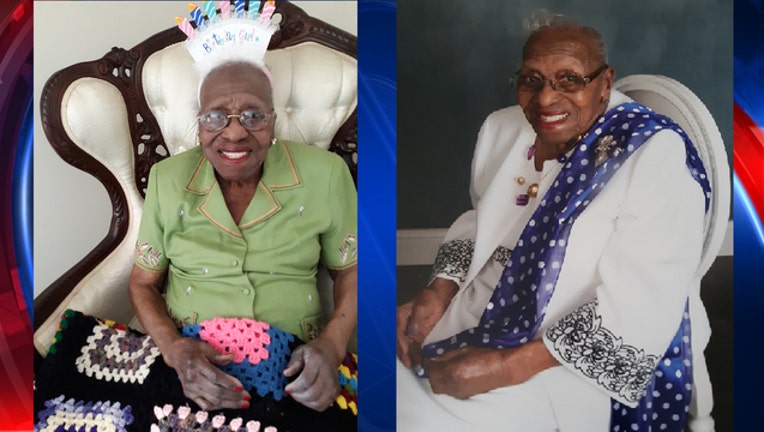 Ms. Kidd grew up on a farm in Stephens, Georgia, about 15 miles southeast of Athens. She lived a farm life until she was in her 70s. She now lives with her daughter and son-in-law in Riverdale.

She said her long life was a blessing from God and attributes her farm life to her longevity. James 5:16 is her favorite bible verse which reads “Prayers of the righteous availeth much.”

Ms. Kidd said her secret to looking young is to drink plenty of water because it helps the skin look beautiful. She also loves having her hair styled.

At 114 years young, Ms. Kidd can still do basic daily chores with very limited assistance. She prides herself on being able to get around the house and feed herself on her own despite her age.

For the past decade, Ms. Kidd’s family and friends have gathered the Friday after Thanksgiving to celebrate her birthday. It’s an event she looks forward to all year, especially the cake.

In 1904, records for people of color were not very well kept, so Ms. Kidd celebrates her birthday on Dec. 4, which is the date of birth listed with the federal government, and Dec. 8, which was the date passed down through her family.

“For the family, it is a blessing just to have my Mom still with us and able to interact with people, so we just celebrate her birthday on both dates,” says her daughter Rosalyn.

Ms. Kidd is joining a very exclusive club of seniors around the world according to the Baylor College of Medicine –Huffington Center On Aging in Houston, Texas by turning 114. Just two years ago, she was named the oldest living African American in the United States.

In addition to that honor, she has been recognized by Clayton County officials going as far as to name a room as the Frank Bailey Senior Center in Riverdale after her.