Georgia State was forced to postponed its game in Charlotte.

ATLANTA - Georgia State says the positive COVID-19 tests that caused Saturday’s football game at Charlotte to be postponed were the result of errors in reading the test results.

Georgia State said Sunday that student-athletes were tested three times last week. All results from tests on Monday and Wednesday were negative, and positive results from Thursday tests became available on Friday, just before the team’s scheduled departure to Charlotte. 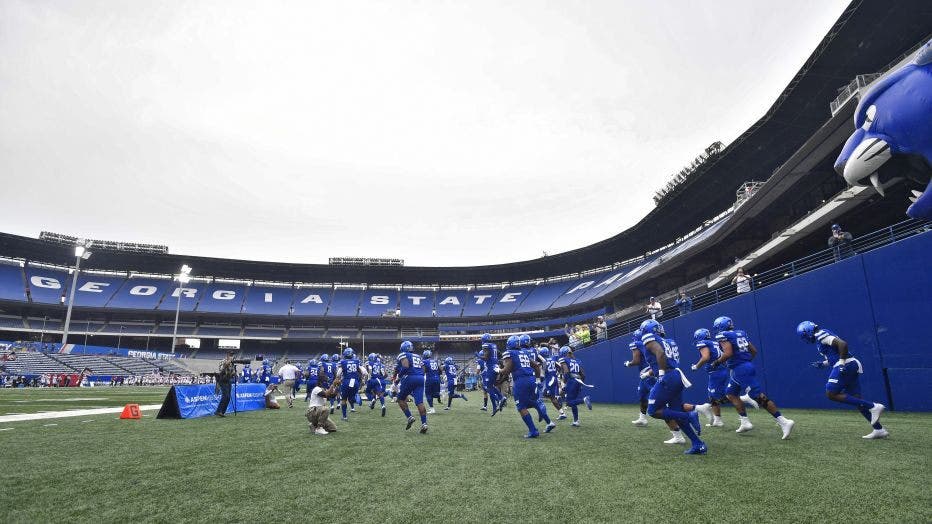 ATLANTA, GA - SEPTEMBER 19: Georgia State players run out onto the field during the game between the Louisiana-Lafayette Ragin Cajuns and the Georgia State Panthers on September 19, 2020, at Center Parc Credit Union Stadium in Atlanta, GA. (Photo by

The team will return to practice on Monday as it prepares for this week’s home game against East Carolina.

The Georgia State-Charlotte game has not been rescheduled.