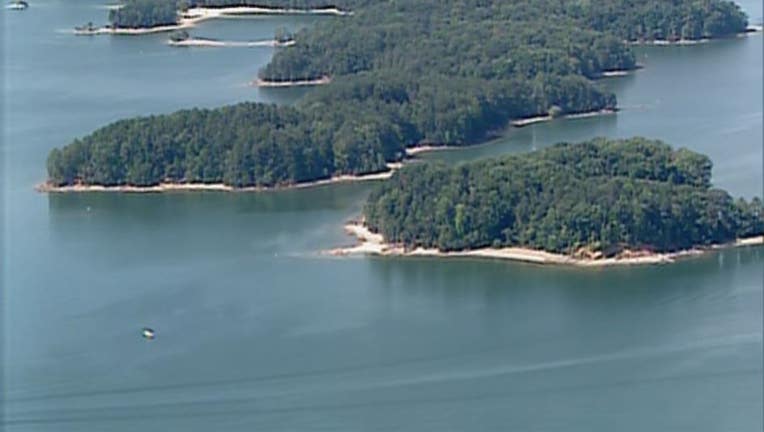 GAINESVILLE, Ga. - Georgia has signed an agreement with the U.S. Army Corps of Engineers that for the first time formally ratifies the rights of two suburban Atlanta counties to use Lake Lanier for drinking water.

The lake northeast of Atlanta, formed by damming the Chattahoochee River, has been used for drinking water for decades. But federal litigation among Georgia, Alabama and Florida over who gets to use water in the Apalachicola-Chattahoochee-Flint river system had questioned that use.

The U.S. Supreme Court is scheduled to hear more arguments in that case on Feb. 22. But the agreements signed Wednesday date back to a previous Supreme Court ruling in 2012 that ruled that water supply was an authorized purpose of Lake Lanier. The U.S. Army Corps of Engineers changed its rules in 2017 to let the lake be used for drinking water.

Glenn Page, chair of the Metropolitan North Georgia Water Planning District, said the agreement was "one of the biggest steps that we’ve experienced in securing our water future" in 30 years.

The agreement payments over 30 years from the state to the Corps. Water providers around the lake will share in the costs based on pro rata usage, said Linda MacGregor, director of the Gainesville water utility.

Payments and water allocations will be reflected in subcontracts between Georgia and the utilities.

"It removes one uncertainty for the water supply for Georgia," MacGregor said. "This is very important as a milestone. ... We’ve been using Lake Lanier as a water supply, but the state never had a permanent right to it."

Chris Manganiello, the water policy director for the Chattahoochee Riverkeeper, said the problem of water access could be solved for much longer than 2050, when projections say metro Atlanta will need more water.

The agreement allows Georgia access to just over 15% of the reservoir’s capacity, or 242 million gallons of water each day when the lake is full. The figure includes already-existing permits for Buford and Gainesville that were given to the cities in exchange for the land that was flooded to create Lake Lanier.

"The amount of water is probably more water than we need," Manganiello said. "We probably have plenty of water in that lake for a long time, as long as there’s water in it."

Katherine Zitsch, managing director of natural resources for the Atlanta Regional Commission, said Lake Lanier has long been the most appropriate source of water for metro Atlanta. In addition to the communities that can draw directly from the lake, other water suppliers in metro Atlanta use water from the Chattahoochee River, which is fed by Lake Lanier.

Zitsch said the agreement was "a long time coming."

"This is the water supply we have, and we have to make sure it carries us indefinitely," she said. "We feel really good with this contract."