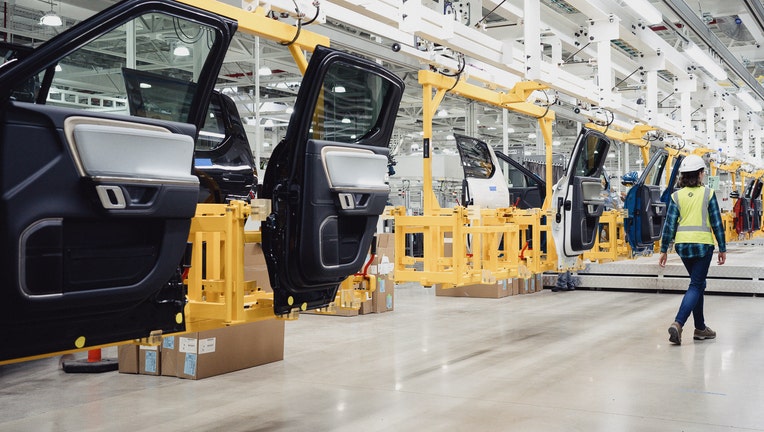 R1T door panels ready for installation on the trim line. (Courtesy of Rivian)

ALTANTA - The state of Georgia and local governments will give Rivian Automotive $1.5 billion of incentives to build a 7,500-job, $5 billion electric vehicle plant east of Atlanta, according to documents the company and state signed Monday.

Georgia Economic Development Commissioner Pat Wilson said the size of the package reflects the size of the largest single industrial announcement in Georgia history, including a pledge that the company will reach the full investment and job targets by the end of 2028, with jobs paying an average of $56,000 a year, plus benefits. The state also hopes Rivian will anchor an entire electric vehicle industry.

"This is very significant," LeRoy said. "It’s the biggest auto assembly subsidy package in US history."

Gov. Brian Kemp announced Rivian, who makes electric vehicles, would build a new plant near Social Circle. Residents who oppose the plant say it was sprung on them and blame Kemp, turning to support former Sen. David Perdue in protest.

Rivian, based in Irvine, California, is a startup manufacturer of electric trucks and commercial delivery vans, challenging both established automakers like Ford and General Motors and electric vehicle leader Tesla. The company is already producing vehicles in Normal, Illinois. Rivian hopes to break ground as early as this summer and begin production in 2024, sprinting toward producing 400,000 vehicles a year in Georgia as electric vehicle makers try to gain market share.

"The long-term economic partnership promises to deliver value to Rivian, the people of Georgia and their kids’ kids’ kids," the company said in a statement

The plant has been beset by fierce local opposition from residents who say development on the 2,000-acre site will spoil their rural quality of life. The site, between Social Circle and Rutledge, is about 45 miles east of downtown Atlanta.

The state took over planning and zoning for the project after opponents overwhelmed Morgan County officials. Residents have voiced concerns about possible well-water contamination, light pollution and the disruption of wildlife and farmland. Wilson said a site plan and other documents released Monday show Rivian responding to those concerns, shifting the plant away from wetlands and agreeing to limit light pollution.

Opposition has become entangled in politics. Former U.S. Sen. David Perdue, who is challenging Kemp in the May 24 Republican primary, lines up with opponents. 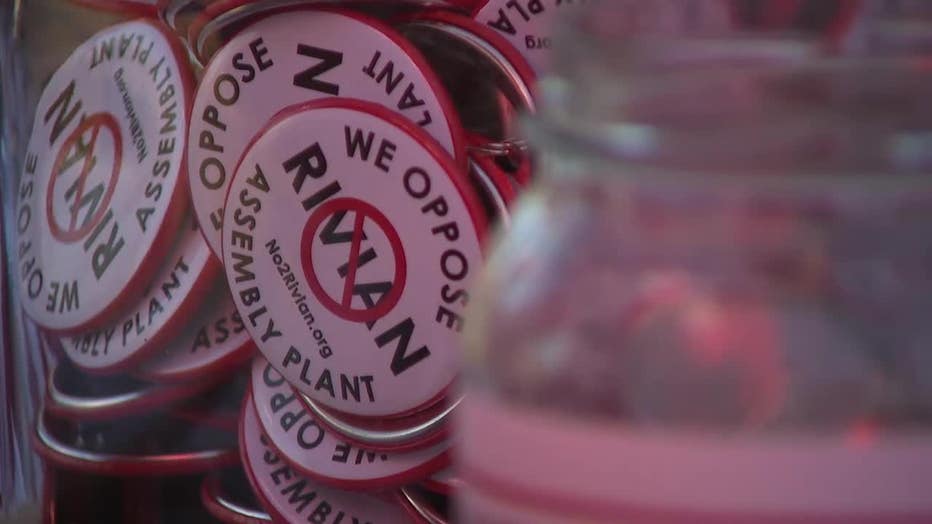 Perdue has emphasized the role of "liberal billionaire George Soros." Although Soros bought $2 billion worth of shares about the same time Rivian chose Georgia, he owns only 2% of Rivian. There’s no evidence Soros influenced the plant location.

"Think about how many small businesses in Georgia could be helped for this kind of money, instead of padding George Soros’ pockets," Perdue said Monday. "Kemp gave away the farm to a woke corporation for something the locals don’t even want, and hardworking Georgians are left footing the bill."

Kemp, during a debate Sunday, reiterated his backing for Rivian.

"I support 7,500 great-paying jobs going to rural Georgia, to an automobile manufacturing facility," Kemp said. "I’m going to always be for that."

Local governments have agreed to $700 million in property tax breaks, although Rivian plans to make more than $300 million in payments in lieu of taxes over 25 years beginning in 2023.

The state would spend $200 million to buy the site, grade it, build road improvements including a new Interstate 20 interchange and extend utilities. Georgia would spend $62.5 million to build a dedicated training center and a projected $27 million on providing job training.

Other major benefits include a $200 million income tax credit, at $5,250 per job over five years. If Rivian didn’t owe that much state corporate income tax, Georgia would give personal income taxes collected from workers instead. Georgia also estimates sales tax exemptions will save Rivian $175 million on machinery and $105 million on construction materials.

Wilson said the state has strong protections to claw its money back if Rivian falls below 80% of promised investment or employment.

The state touts a $420 million annual payroll, as well as an analysis showing there will be 8,000 more jobs created elsewhere in the state with a total impact of more than $7 billion. But LeRoy said incentives will cost $200,000 per job, and state and local governments will never collect enough increased taxes to cover that.

"The state can never break even," LeRoy said. "There’s no way that the average worker in this place is going to pay $200,000 more in state and local taxes."

Amazon, which owns 18% of Rivian, has ordered 100,000 delivery vans, launching the company into commercial vehicles.

Rivian is flush with cash following a $11.9 billion stock offering Nov. 10, allowing it to finance the new plant. But shares have fallen 70% since then as investors worry about production delays.