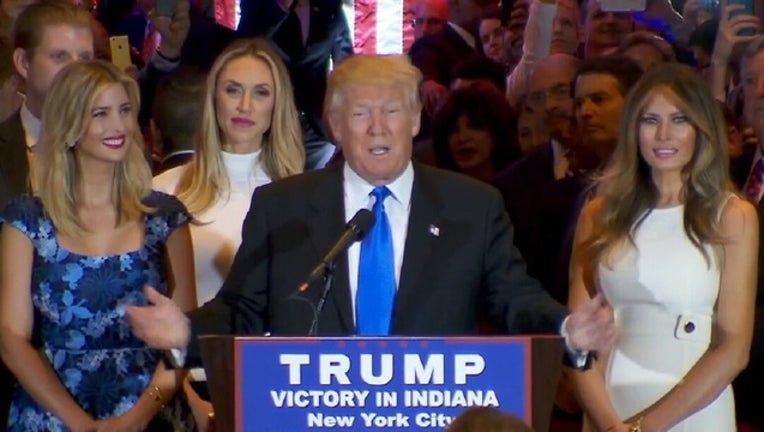 ATLANTA (AP) — Republican congressional hopefuls in Georgia largely fell in line behind Donald Trump, their party's presumptive presidential nominee, at a series of debates on Friday.

Several Republican incumbents facing multiple challengers also found themselves under fire, including Reps. Barry Loudermilk of the 11th District and Doug Collins of the 9th District.

The debates air statewide Sunday on Georgia Public Broadcasting or will be posted on the Atlanta Press Club's website following the broadcasts.

Here's a look at some of the top races:

Four men seeking to replace Republican Rep. Doug Collins attacked the incumbent, charging that he should not have supported a federal spending bill.

The sharpest exchanges came between Collins and Paul Broun, former congressman in the 10th Congressional District.

Collins said voters shouldn't trust Broun due to ethics issues in his former office. Broun was investigated in 2014 by the House Office of Congressional Ethics, which concluded there was "substantial reason to believe" that Broun violated House rules and federal law by using official House funds to hire a consultant for debate preparations and other campaign work. Broun's former chief of staff has been charged with using congressional funds to pay a campaign consultant.

Broun said he was clear with staff about following rules and federal law. Broun said he shouldn't be held responsible if they disobeyed.

Collins didn't directly respond to a question about whether he supports Trump but said "we do have to come together." The other candidates said the party must unite behind Trump to win in November.

Loudermilk said he supported Boehner on the House floor after voting against him as House Republicans decided on a candidate. He also said the spending bill prevented a government shutdown and challenged opponent Daniel Cowan, an infrastructure company executive, on how Congress should have continued to fund military operations without the larger spending bill.

Every candidate said he would support Trump. Loudermilk did say he couldn't support Trump's proposal to ban all Islamic people from the United States. He said religion can't be proved. Loudermilk said he does support using other criteria, such as country of origin to limit entry to the country.