Veteran suicides on the rise

There is a real concern as veteran suicides are on the rise especially since the start of the coroanvirus pandemic.

ATLANTA - The men and women who serve in the military are almost twice as likely to commit suicide than adults who did not serve. It’s not something that is openly discussed, but it’s an important conversation to have.

According to a 2019 report from Veterans Affairs, more than 6,100 veterans committed suicide in 2017.

"What we find is that over 40 percent of service members who kill themselves had never deployed during their tenure in the armed forces, so there are a number of other factors that weigh in," Roland Behm, who's on the Board of Directors of the American Foundation for Suicide Prevention Georgia, described.

Eldson McGhee with Vietnam Veterans of America said these incidents have gone up since COVID-19.

"The pandemic has tied up most of the medical resources in actual pandemic related issues. So mental health care has been done on zoom and that don't give veterans the personal needs for counseling that would actually impact people that are suicidal," McGhee, who is the president of the Atlanta chapter, said. 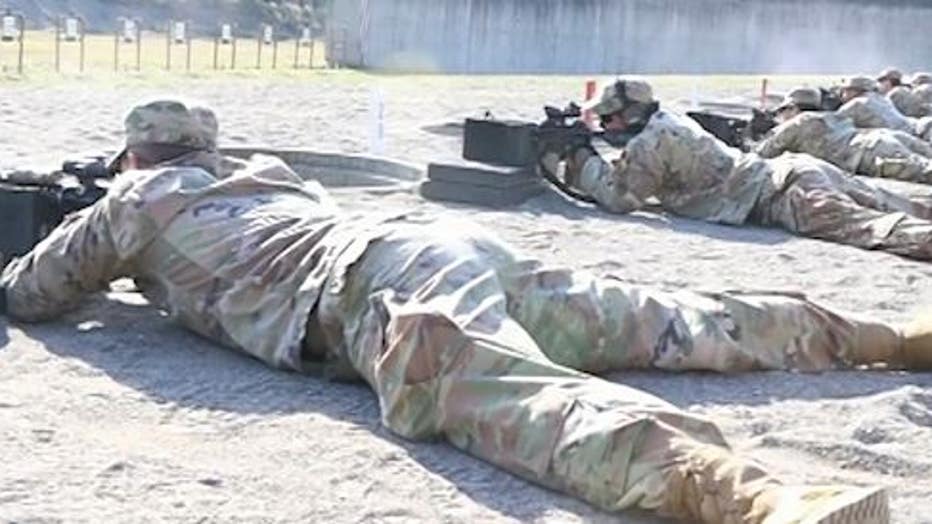 In September, reported suicides among members of the military were up by 20% compared to the same time last year.

"We have to empower those families because we still have young people in the military committing suicides. We got to empower them on the skills and resources to stop the suicides," McGhee said.

This week, the American Foundation for Suicide Prevention Georgia chapter raised more than $360,000 to help prevent these incidents.

They said on average one person dies by suicide every six hours here in Georgia.

Right now, there’s a nationwide push to reduce the annual US rate of suicide by 20% by the year 2025.

That's being supported by groups like the Veterans Empowerment Organization that works with undeserved vets on housing, employment, and suicide prevention.

"If you have a veteran that's never experienced homelessness and then all of a sudden, they're put into that position that actually pops into their mind," Tyler Bowser, Director of Operations at Veterans Empowerment Organization, explained.