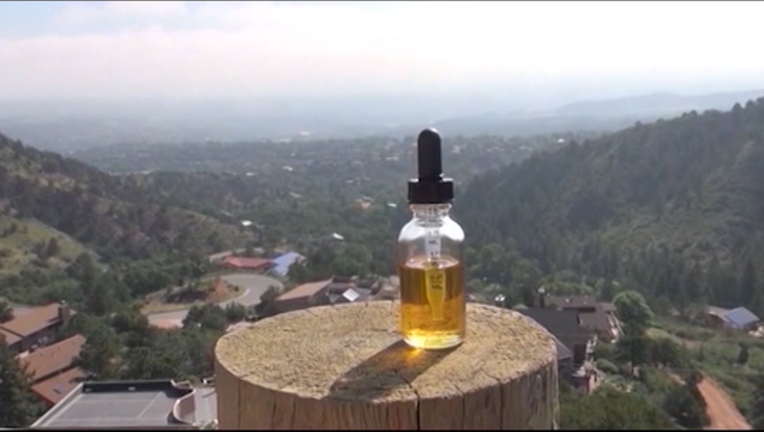 ATLANTA (AP) - The Georgia General Assembly is on the cusp of expanding access to medical cannabis.

The House voted 167-4 Tuesday to pass a bill that would add six new diagnoses to the list of qualifying conditions for medical cannabis oil, including autism, AIDS, Tourette's syndrome, and Alzheimer's disease. However, many of the diagnoses will be restricted to when the condition is severe or in the end-stage.

Additionally, anyone in a hospice program, regardless of diagnosis, will be allowed access to marijuana oil that's low on THC, the chemical responsible for the marijuana high.

The final bill was a compromise. The Senate initially wanted to lower THC levels in the cannabis oil and only add autism to the list of qualifying conditions. Meanwhile, the House wanted to greatly expand the program by adding several more conditions and removing the restrictions of severe or end-stage.

"This bill does not go as far as many of us would have liked. But it will allow more Georgians access to much needed care," said Rep. Allen Peake, R-Macon, who led the effort and sponsored the House's version of the bill.

Peake said that he knows of many families who have been illegally using cannabis oil to treat their children. The expansion will let those families "sleep a little easier at night," he said.

But he stressed that there is still a gap, explaining that even though patients are allowed to possess cannabis oil in Georgia, there is no way for them to legally obtain it. He hopes that this expansion will bring in more patients and create leverage to legalize medical cannabis cultivation.

House Speaker David Ralston, R-Blue Ridge, took time during the floor discussion to commend Peake for his leadership on the issue and for putting politics aside in the compromising process.

Sen. Ben Watson, R-Savannah, sponsored the bill from the Senate and said that he was pleased with the outcome.

Watson was responsible for a provision in the bill that will require doctors to report the level of THC that they recommend to their patients. He says that this data will allow lawmakers to make better-informed decisions on future legislation.

In a press conference following the House's passage, Watson said he looked forward to "getting this done," saying that Senate leadership supported the passage of the bill.

Sen. Butch Miller, R-Gainesville, is a floor leader for Republican Gov. Nathan Deal and says that in the past, the governor has supported limited expansion of the medical cannabis program.

For Dale Jackson, the success of the bill is personal. Though he is not a lobbyist, he has spent over 30 days since the beginning of the year lobbying for expanding the medical cannabis program. He specifically has been pushing for the inclusion of autism so that his 8-year-old son can get access to medicine he needs.

"I am extremely enthusiastic about the current bill and overjoyed about the thousands of other autistic families that will have a chance at treatment," said Jackson shortly after the vote.